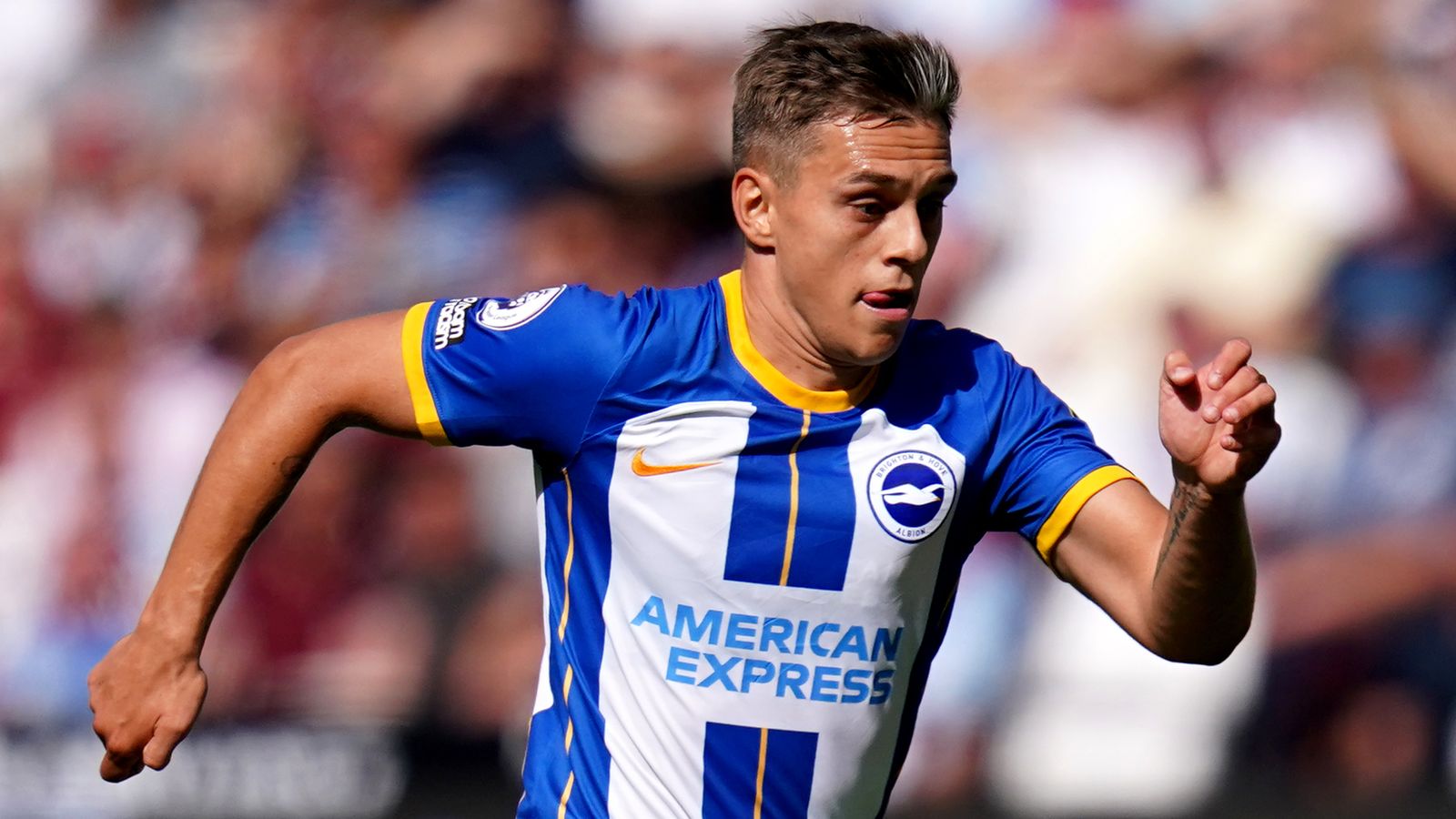 Arsenal are in talks with Brighton over the signing of wantedaway forward Leandro Trossard after missing out on Mykhailo Mudryk to Chelsea.

The Gunners have not made an official offer for the Belgian forward, but are expected to formalize their initial interest into a bid.

Brighton will not sell one of their star players unless chairman Tony Bloom’s valuation is met, despite the 28-year-old’s public demands to leave the club.

Tottenham have already rejected an offer for Trossard, and are instead pursuing Roma’s Nicolo Zaniolo.

Trossard has entered the final six months of his contract at Brighton, but the Seagulls have the option of extending his existing deal by a further year.

Trossard wants to leave Brighton | De Zerbi: I don’t like his attitude

Brighton boss Roberto De Zerbi first confirmed that Trossard would not be in the Albion squad for the visit of Liverpool last week after exhibiting a poor attitude in training.

The 28-year-old has not played for the Seagulls since the 4-2 defeat to Premier League leaders Arsenal on New Year’s Eve and now he says he will not sign a new deal with the club.

A statement released by Trossard’s agent Josy Comhair read: “Before Leandro left for Qatar, it was Brighton’s intention to extend his contract, this did not happen as parties did not reach an agreement. Leandro has also indicated he is ready for his next step.

“After the World Cup there was an altercation at training between Leandro and another player over an inanity. Since then, the trainer has not spoken to Leandro, which is obviously not conducive to the atmosphere, as well as performance-wise.

“Leandro was still a first-eleven player against Southampton and Arsenal but against Everton he was on the bench. In the five substitutions that took place then, he was also not among them and this is without any explanation.

FREE TO WATCH: In Trossard’s absence, Brighton thrashed Liverpool 3-0 at the Amex Stadium

“In the run-up to the match against Middlesbrough in the FA Cup, Leandro had already reported calf problems twice. This was the reason he stopped training. This was in consultation with the medical staff.

“Through the physical trainer, Leandro learned that he had to train separately. Last Monday the trainer then grounded Leandro in the group and indicated that he did not want to see him anymore. A trainer who has not communicated directly with his player for four weeks is truly incomprehensible.

“It is also the trainer who has indicated several times that a transfer is the most reasonable solution.

“It is therefore important that Brighton cooperates with a potential transfer, which is beneficial for both parties.”

Have your say: Readers’ comments…

MattBB82: Trossard is a great player, but I feel he is not the sort of player Arsenal need at this point and it could upset the apple cart. I feel Arsenal need someone like Vlahovic due to the injury to Jesus.

That: This is a fantastic signing rumored at £20-25m. Depth is key! Look at the stats in a worse team.
Attitude? Only because he was promised a deal and wanted to leave. Arteta will get the best out of him, add a Tielemans now or a back up CM and we may just have enough with Jesus looking not too far away.

Callum: Trossard to us makes sense, offers depth in the attack and we are still in three competitions. Smart move, and I’ve learned not to doubt Arteta when it comes to signings. Always has a plan.

Joe: Poor business signing a player who will be behind so many young stars and will probably quickly become frustrated at the bit-part position he will play. The attitude De Zerbi saw at Brighton will soon come to the front and center of training.

Analysis: Why Trossard appeals to Arsenal

At 28 years old (he’s 28 until he’s 29, just so we’re clear), Leandro Trossard differs in profile from Arsenal’s other recent signings. This is a player for the here and now. Experience over potential.

He might not set pulses racing like the explosive Mykhailo Mudryk, a player Arsenal regarded as a future superstar, but while his ceiling is not as high, Trossard offers plenty the Ukrainian does not.

For a start, there is the Premier League experience he has gained at Brighton, where he has made 116 appearances across four seasons, missing only a handful of games and scoring a healthy number of goals, with seven of his 25 coming this season.

That experience makes him a safe bet to slot straight in at Arsenal, which is precisely what is needed given their reliance on Gabriel Martinelli and Bukayo Saka as they seek to sustain their title challenge.

Trossard’s versatility is another asset. He is primarily a left winger, much like Mudryk, but this season he has also featured at No 10, as a false nine, and even at left wing-back. Graham Potter, Roberto De Zerbi’s predecessor, also used him on the right.

Mikel Arteta has often spoken of how highly he values ​​players who can slot into different roles and Trossard, who is also a senior international for Belgium, can offer depth right across the frontline.

He looks a good fit stylistically too. De Zerbi felt his effort levels had dropped off in recent weeks amid the speculation around his future but the statistics highlight an impressive work-rate, with only three players – Kevin De Bruyne, Martin Odegaard and Jack Harrison – winning possession in the final third more times this season.

His age means he would not arrive with huge scope for improvement or re-sale value, but his contractual situation makes him a relatively cheap option and his proven quality is appealing.

Keep up to date with all the latest transfer news and rumors in our dedicated Transfer Center blog he Sky Sports’ digital platforms. You can also catch up with the ins, outs and analysis on it Sky Sports News.