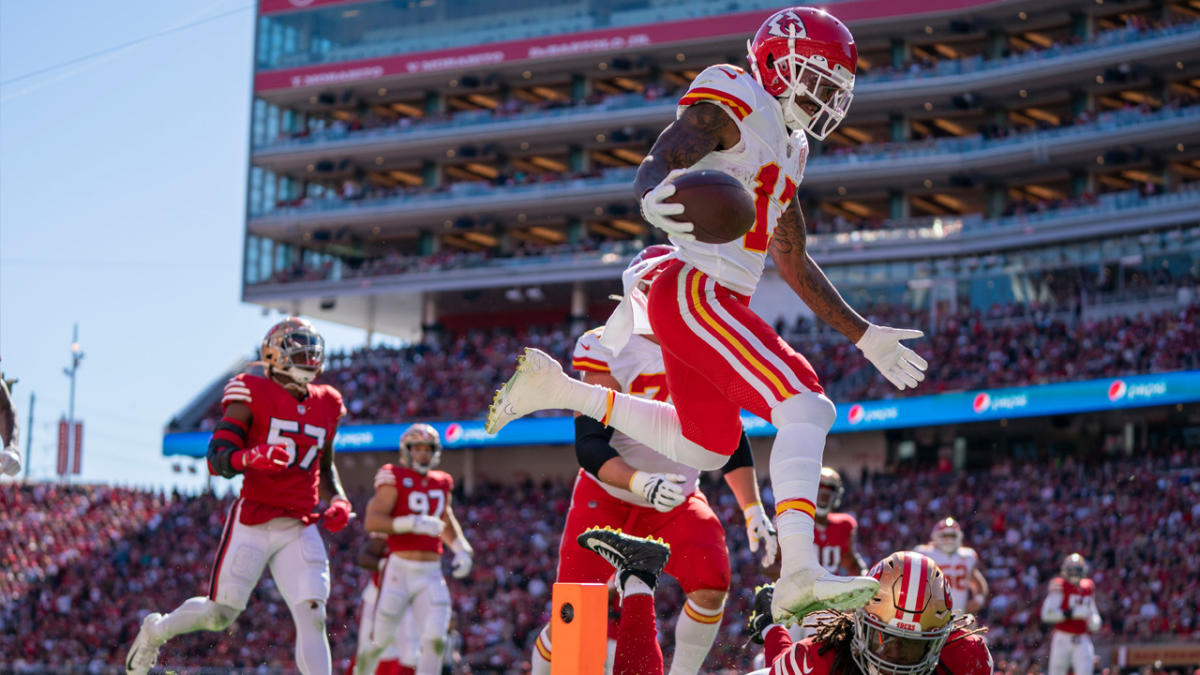 I’m not sure if there has ever been a three-win team that has garnered as much optimism as the 2022 Chicago Bears.

The second-year growth of quarterback Justin Fields was the lone bright spot in a season full of poor play and close losses for first-year head coach Matt Eberflus.

But with over $100 million in salary cap this offseason and the No. 1 pick in the 2023 NFL Draft, there’s widespread belief that the Bears could be headed for a quick turnaround if general manager Ryan Poles can pull the right strings.

That starts in free agency, where the class is … not deep with elite talent.

While players like Daron Payne, Orlando Brown Jr., and Javon Hargrave are currently set to hit the market, the drop-off is steep after the top row of targets.

Poles vowed to be disciplined in his spending, understanding that he faces a multi-year rebuild after tearing the Bears’ roster down to the studs.

The Bears will certainly target at least one of the big fish in the class. But if they strike out on the big names, there is still value to be found deeper in the class. Using Spotrac’s Market Value toolI identified four potential free agents who could be decent options for the Bears as they look to add veteran talent to a young roster.

Disclaimer: The market value tool gauges what kind of contract a player might get based on age, performance, and recent contract history. There’s a good chance some players will command more than recent contracts suggest. Some might get less.

The Bears need edge rushers. They need an elite pass rusher who can constantly impact the quarterback and a flight of B-level guys who can pop when opposing top-level edges.

Ebukam has done that throughout his five-year career with the Los Angeles Rams and San Francisco 49ers.

Since joining the 49ers, Ebukam has notched 11 sacks and 77 pressures while playing opposite Nick Bosa and alongside Arik Armstead.

The Bears need some juice on the edge. Trevis Gipson finished the season with 30 pressures but only had 14 after the Bears traded Robert Quinn before Week 8. Ebukam is a solid edge rusher with good burst and a history of being productive as a role rusher.

The 26-year-old Ya-Sin had a decent season for the Raiders after coming over in a trade from the Indianapolis Colts last offseason.

Per Pro Football Focus, Ya-Sin surrendered only 31 catches for 323 yards in 13 games for Las Vegas. He never allowed more than 60 yards in a game and gave up only one touchdown.

Poles gave the Bears’ secondary a boost last offseason by drafting cornerback Kyler Gordon and safety Jaquan Brisker, but Chicago still needs more talent at corner. Jaylon Johnson is a budding star, and Gordon showed good improvement during his rookie season, but after those two, the cupboard is empty.

Ya-Sin is in his prime and familiar with Eberflus’ defense, having played the first three seasons of his career in Indianapolis.

The Bears could look to save a little money by offering Ya-Sin a contract like the one the 49ers gave Charvarius Ward last offseason (three years, $40 million), but they can save a few extra bucks if Ya-Sin is a player Eberflus wants opposite Johnson.

With the Chiefs trading Tyreek Hill last offseason, many thought Hardman would finally break out during the 2022 season.

Unfortunately, a pelvis injury limited him to nine games in the regular season. Hardman caught 25 passes for 297 yards and four touchdowns in those nine games. In 2021, he snagged 59 balls for 693 yards and two scores.

RELATED: Three potential draft targets if the Bears trade out of the top four

Poles likely played a role in drafting Hardman in 2019, so that familiarity could lead to Hardman coming north. Given the injury, Hardman might be looking at a below-market deal to recover his value and hit the market again next offseason.

Depending on how the market views Hardman, a one-year deal in the $9-10 million range, like the Lions gave DJ Chark, might be acceptable for both sides. The Bears need speed, and there aren’t many enticing options on the market this offseason.

The Bears will certainly look into bringing back David Montgomery, but the number has to be right. Perhaps they’ll make a run at Saquon Barkley or Miles Sanders.

But given how Poles views positional value, the Bears might look to add a cheaper alternative to pair with Khalil Herbert.

The 30-year-old Mostert found great success in the wide-zone offense in San Francisco and Miami.

Mostert is coming off a season in which he played in all 18 games and rushed for 892 yards at a 4.9 clip per carry. He also recorded 27 explosive runs (10 or more yards) per PFF. That ranked 13th in the NFL. Herbert ranked 16th at 22, while Montgomery was tied with Ezekiel Elliott for 29th with 17.

If the Bears can’t bring back Montgomery, Mostert could be a cheaper veteran option to target.