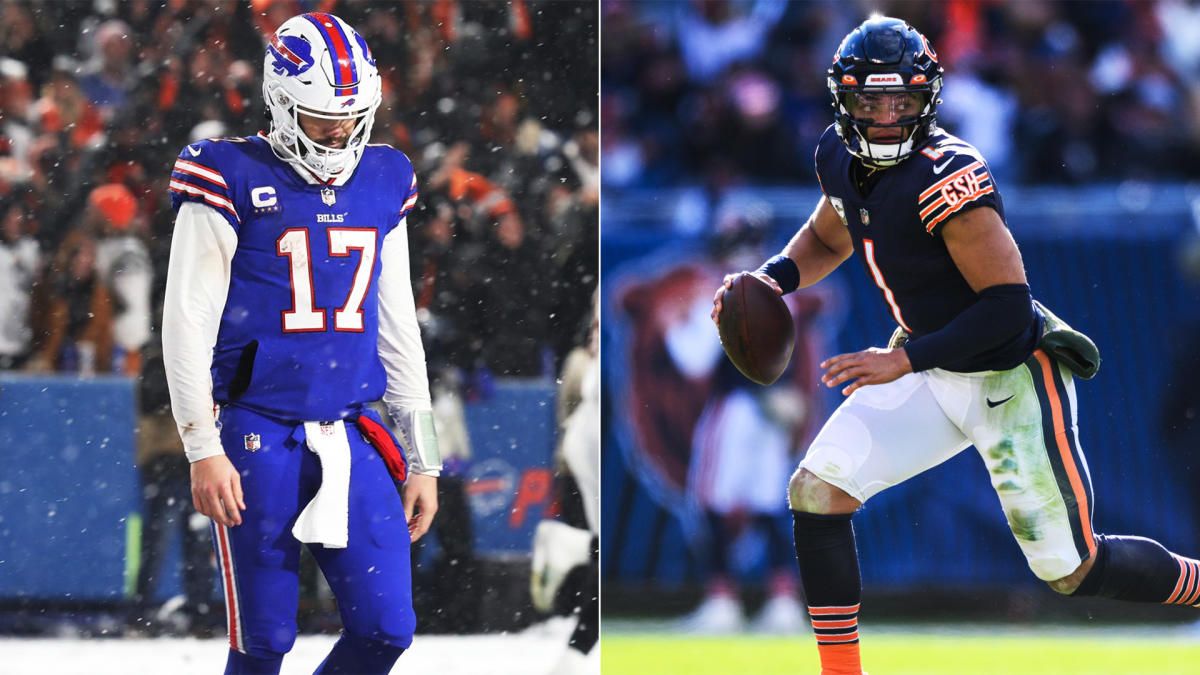 The NFL playoffs are full of examples of what teams like the Bears hope to one day become. The four teams playing on championship Sunday are the standard for excellence in the NFL and models for the other 28 teams to try and emulate.

But the playoffs offer important lessons for those, like the Bears, who hope the playoffs will become an annual tradition in Chicago one day.

As the Bears start their rebuild around soon-to-be third-year quarterback Justin Fields, the events last weekend in Buffalo serve as a reminder that the biggest championship window is often open for the shortest amount of time.

With Allen still on his rookie contract, the Bills were able to fill out the roster with veteran talent to maximize their title opportunity.

But Sunday’s deflating loss to Joe Burrow and the Cincinnati Bengals in the AFC Divisional Round closes the book on Allen’s rookie contract. His massive extension kicks in starting next year.

When asked if he would like to add more weapons around Allen as the Bengals have around Burrow, Bills general manager Brandon Bean highlighted the difference between a team paying their quarterback rookie scale money versus what the Bills will now pay Allen.

“They have a good team,” Beane told Buffalo media Wednesday of the Bengals. “They, right now, are on the advantage of a rookie quarterback contract. They had some lean years, and I don’t want to suck bad enough to have to get Ja’Marr Chase. He’s a heck of a talent. I’ d love to have him. But you have to go through some lean years to do that.

The Bengals currently reside in the sweet spot of the NFL’s winning formula.

Playing in their second consecutive AFC Championship Game, the Bengals have the luxury of having Burrow, Chase, and fellow wide receiver Tee Higgins all on rookie contracts. Cincinnati will have Burrow at his rookie number for two more seasons and Chase at his for three.

While Burrow is adamant his championship window will last the length of his career, there’s no doubt the next few years will be the Bengals’ best time to strike. Once Burrow gets the paycheck he deserves, it will be harder for the Bengals to add and keep high-level talent. Hard decisions will eventually be required.

As Bears general manager Ryan Poles begins to build his roster around Fields this offseason, the Bengals and Bills show the importance of making the right moves during the NFL’s winning window.

The Bears wasted Fields’ rookie season on a lame-duck campaign for Matt Nagy. While Fields showed marked improvement during his season, the Bears were in the middle of a full-scale teardown that saw them finish with the league’s worst record. Realistic contention was not in the cards.

Armed with over $100 million in salary cap and the No. 1 pick in the 2023 NFL Draft, Poles is entering a critical offseason for his rebuild plan.

Fields has three more years left on his rookie contract. Realistically speaking, the Bears are at least two years away from becoming legitimate contenders. That leaves Poles little room for error as he rebuilds the Bears’ roster.

If Fields continues to develop into the quarterback the Bears believe him to be, the 2024 and 2025 seasons might end up being their best chance to contend in a wide-open NFC.

Once the star quarterback gets paid, it becomes much more challenging to keep a winning roster together and add the necessary pieces if your original plan fails.

The Bills built what they thought was a Super Bowl-caliber roster around Allen. It was good, but not good enough. Buffalo is now faced with the realization that it needs to change its approach to achieve the ultimate goal. But the Bills now have fewer avenues to do so, with Allen’s salary about to skyrocket.

It’s not impossible to win with a quarterback on a mega deal. But three of the final four quarterbacks remaining are on rookie contracts. The other is Patrick Mahomes.

The path of least resistance to a Super Bowl is clear in the modern NFL. If you have the quarterback, you must take advantage of the first five years. Otherwise, you face a test to which the answers are much harder to identify.