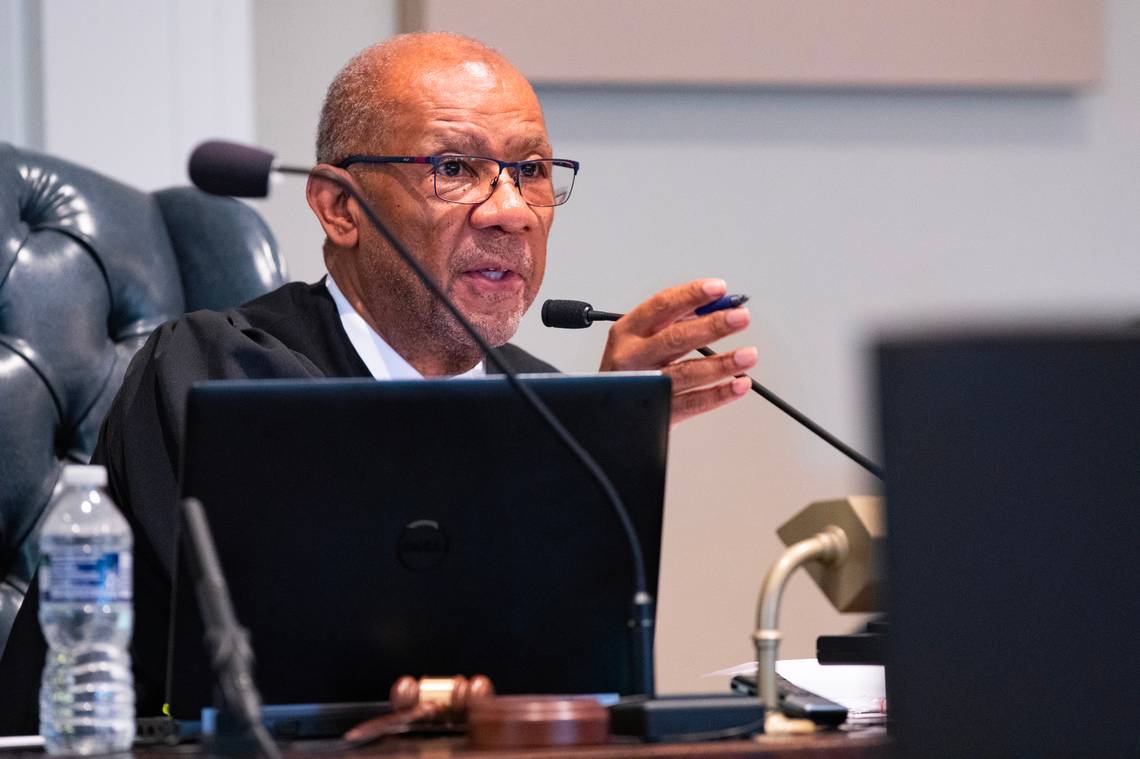 Jurors in the murder trial of Alex Murdaugh will hear evidence that the gun that killed Murdaugh’s wife was tied to her husband.

Investigators seized several guns from the Murdaugh family home after Maggie and Paul Murdaugh were killed in June 2021. But, until now, the state has not identified a murder weapon in the mother and son’s deaths. A defense filing Monday revealed for the first time that testing by the State Law Enforcement Division had connected a weapon previously fired at Moselle to cartridges retrieved from the murder scene.

Lead prosecutor Creighton Waters told Judge Clifton Newman on Tuesday that casings were found that matched a “blackout AR-style rifle purchased by Murdaugh that can no longer be accounted for.”

Newman ruled to admit the evidence and a SLED witness who tested the casings, despite the defense team’s challenge to the reliability of the state’s evidence.

After testing at a SLED facility, an agent concluded “some of the .300 cartridges retrieved from the firing range and near the residence were fired and/or loaded into, extracted, and ejected by the .300 Blackout rifle taken from the property,” according to a motion filed as jury selection got underway Monday at the courthouse in Walterboro.

The same analysis did not, however, conclusively identify that the shells found near Maggie’s body were fired from a gun recovered by investigators.

The defense team of Dick Harpootlian and Jim Griffin has asked Newman to exclude that evidence from the trial because it is based on an “inherently subjective” analysis.

A .300 cartridge is most commonly fired from an AR-15 assault rifle

SLED expert Paul Greer testified in court Tuesday that he had reviewed the casings from the crime scene compared to other casings recovered from the Moselle firing range and elsewhere, and determined the similar markings suggesting they were fired from the same gun.

“Fire identification has been around for years,” Greer said in defense of the field, “there are many studies showing reliability of firearms identification.”

Regarding a 2008 study that called into question the reliability of this kind of identification, Greer said that study was specifically looking at the use of imaging software.

“It failed to take into account the human in the process, physically looking at it with their eyes under a microscope,” Greer said.

Griffin asked Greer if he tested an AR-style rifle that was taken from the gun room at Moselle. Greer testified that he was unable to definitely tie the casings he reviewed to the weapon SLED recovered from the Murdaugh property.

“When I compared (the crime scene evidence) with test cartridges I fired, those were inconclusive,” Greer said. “I cannot determine they were fired by (the recovered gun) or a similar firearm.”

Greer said he had testified 25 times previously about ballistics evidence, including in cases where he did not have a gun to test. Griffin challenged the relevance of that testimony, saying those cases addressed bore marks after firing from a rifle or handgun.

“(Here) we’re talking about ejector marks that were ejected from a weapon,” Griffin said. “That is a bridge too far.”

But Newman said the jury could evaluate the evidence for themselves.

“The testimony will assist the jury in understanding the evidence,” Newman said. “The witness is well qualified and the science is reliable.”

Murdaugh told investigators he was away visiting his ill mother, and reported the shootings to the police when he returned. The state contends he killed them in an attempt to divert attention from his financial dealings that were coming under scrutiny.

Paul was killed with a different gun, identified as a shotgun.

Murdaugh is accused of stealing millions of dollars from his former law firm, Peters Murdaugh Parker Eltzroth & Detrickas well as accounts set up to hold settlement money for plaintiffs the firm had represented, including money held in trust for many injured children.

The former CEO of Palmetto State Bank, Russell Laffitte, was convicted in federal court in November on bank fraud and conspiracy charges related to his handling of Murdaugh’s accounts, often making money transfers from client’s accounts at Murdaugh’s request.

Murdaugh’s defense is arguing against having allegations of financial crimes, for which Murdaugh faces separate state charges, from being used against their client in this case.

This story may be updated.