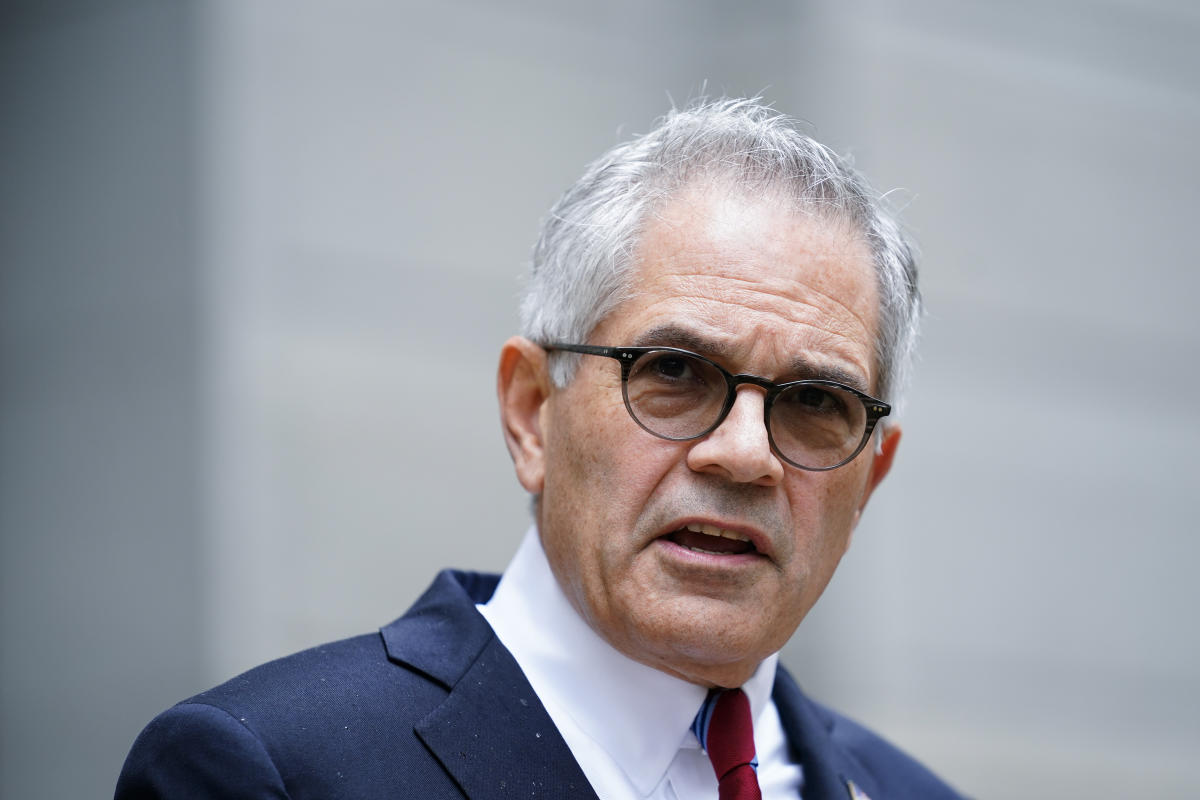 HARRISBURG, Pa. (AP) — Republican state lawmakers on Thursday filed an appeal with the Pennsylvania Supreme Court, hoping to preserve elements of their impeachment case against an elected progressive Philadelphia prosecutor. The appeal asks the state’s highest court to review last month’s decision regarding the legality of the Legislature’s impeachment and trial of Democratic District … Read more 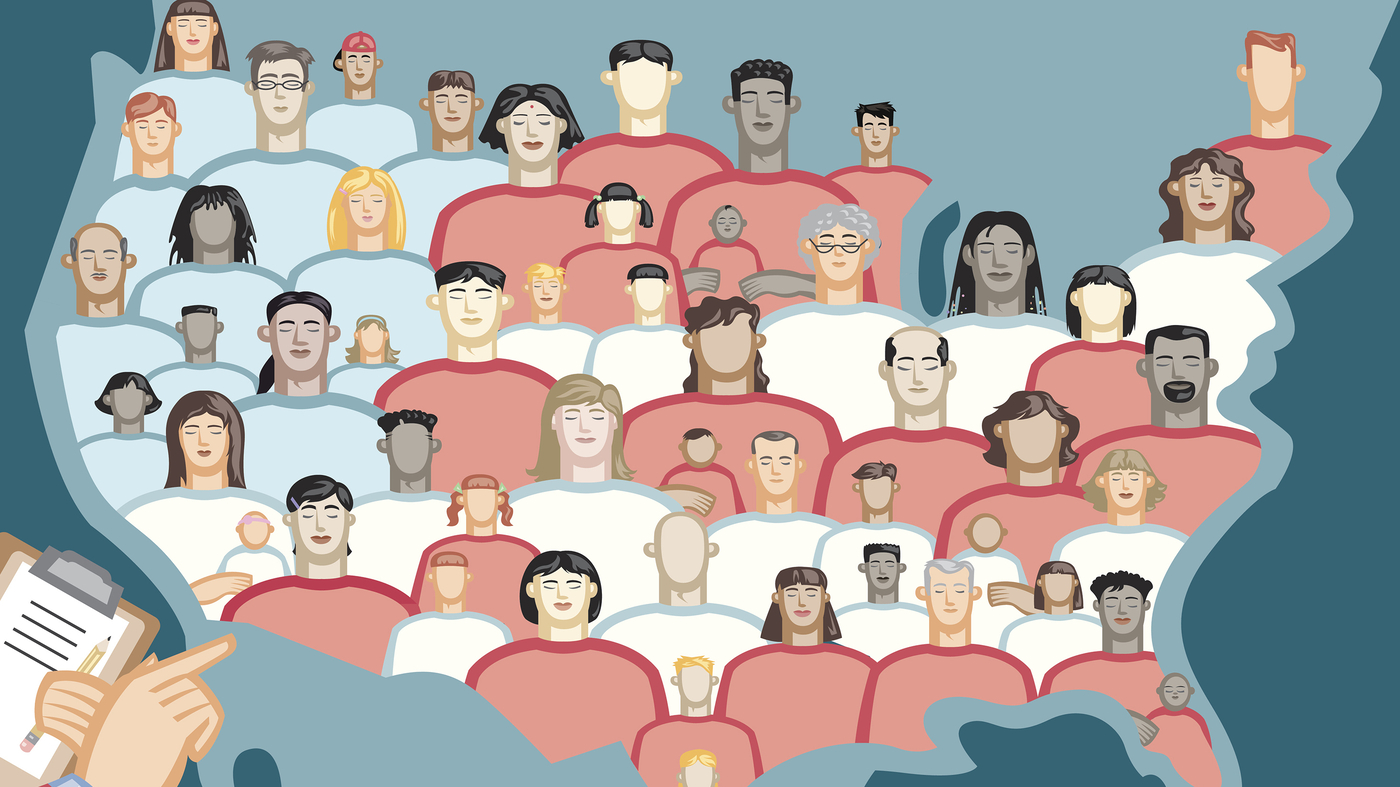 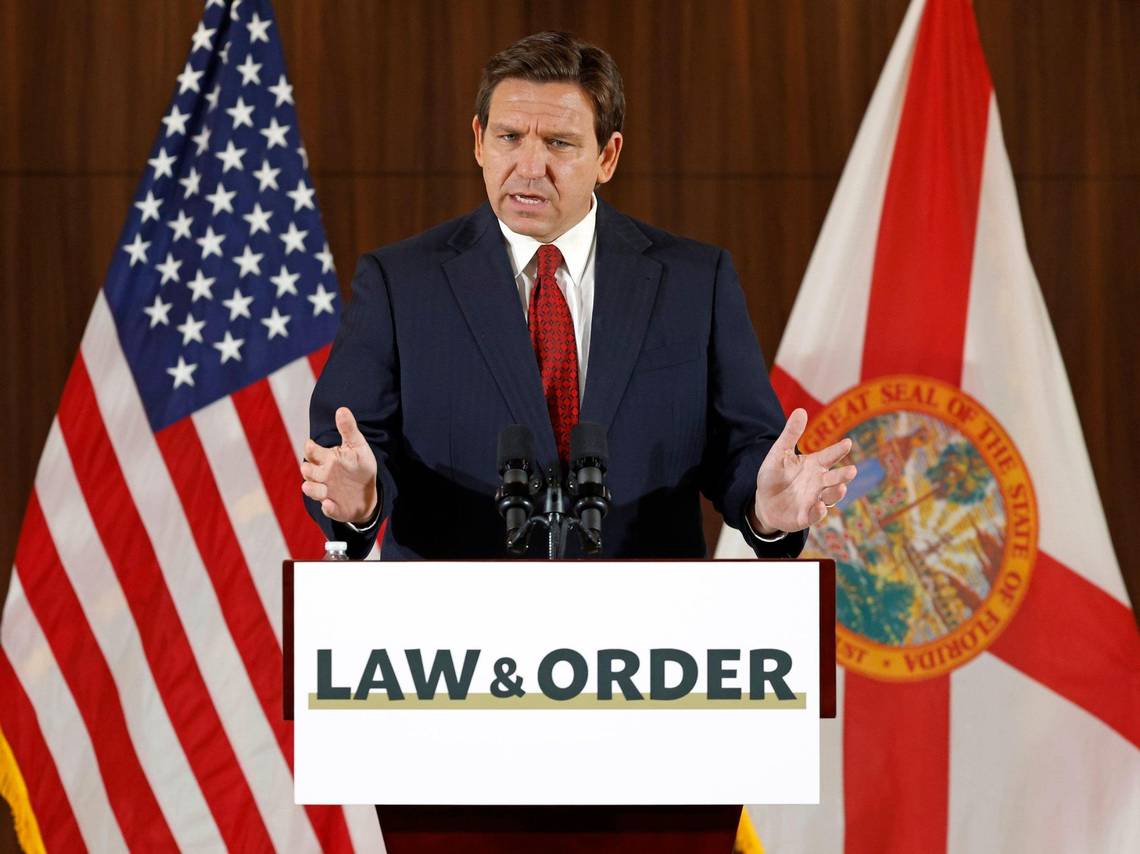 Gov. Ron DeSantis unveiled a tough-on-crime agenda ahead of the upcoming legislative session, including proposals to expand the death penalty to certain types of sex crimes and mandating life sentences for people convicted of selling fentanyl that looks like candy to children. “We want to make sure that we cement our reputation as being a … Read more

Dozens of law enforcement near Laurens County home, video shows Updated: 4:08 PM EST Jan 26, 2023 Hide Transcript Show Transcript WE BEGIN THIS AFTERNOON WITH BREAKING NEWS OUT OF LAWRENCE COUNTY WHERE DOZENS OF LAW ENFORCEMENT OFFICERS ARE OUTSIDE OF A HOME MULTIPLE AGENCIES ARE ASSISTING IN THE CASE. WE WANT TO GO STRAIGHT … Read more 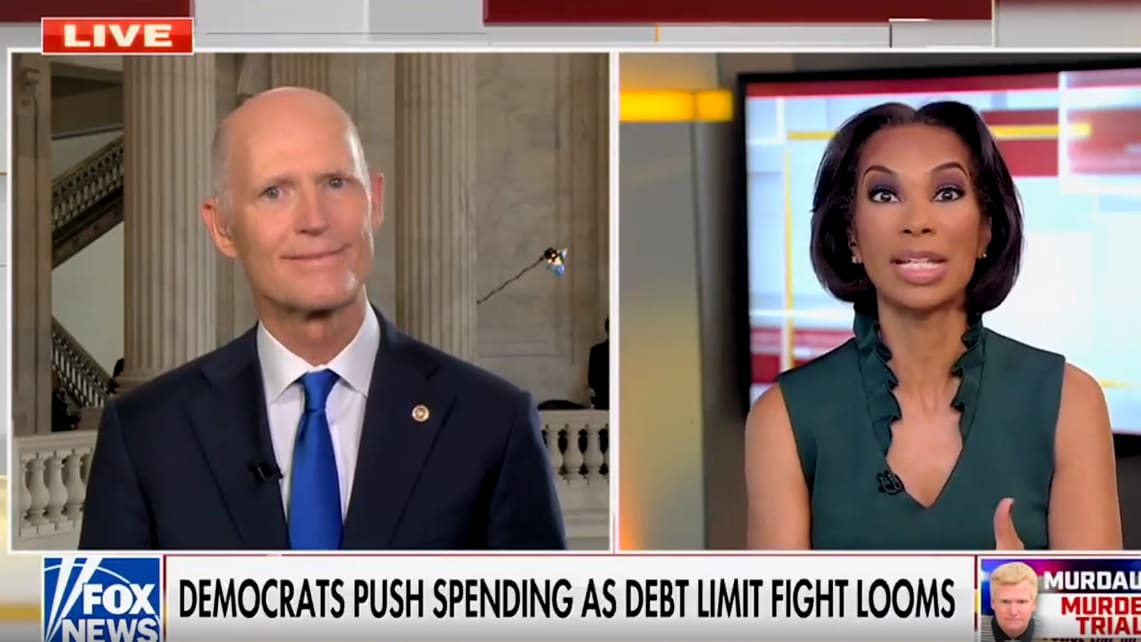 Fox News Fox News anchor Harris Faulkner on Thursday allowed Sen. Rick Scott (R-FL) to repeatedly push the lie that Democrats slashed hundreds of billions of dollars in funding for Medicare—even though that spurious claim had been debunked months ago. In fact, not only did Faulkner—often labeled one of Fox’s “straight news” anchors—allow Scott’s falsehood … Read more 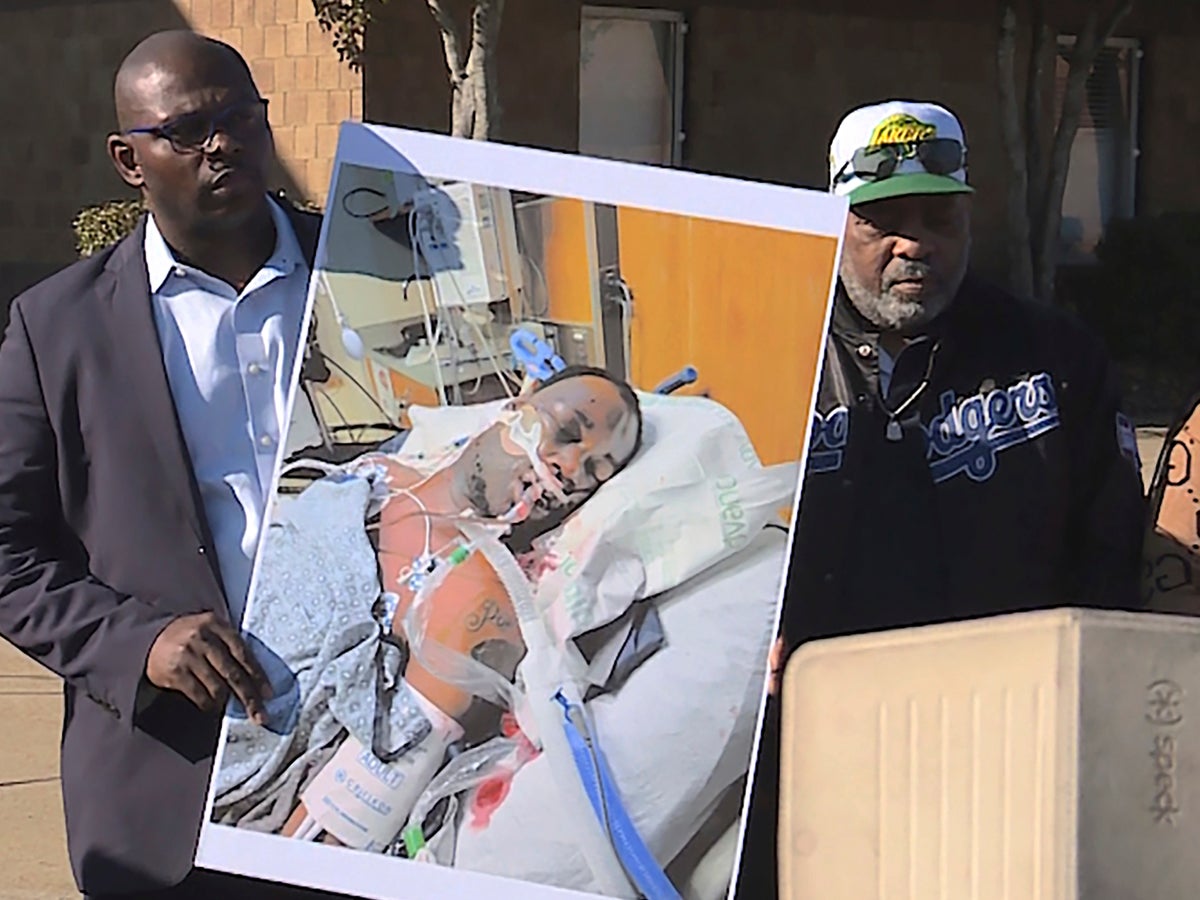 Tire Nichols’ stepfather Rodney Wells, center, stands next to a photo of Nichols in the hospital after his arrest, during a protest in Memphis, Tennessee (AP) A 29-year-old father died in hospital several days after he was taken into custody by the police during a traffic stop. Now five officers at the Memphis Police Department … Read more

CNN — All five former Memphis police officers who were fired for their actions in the arrest of Tyre Nichols earlier this month have been charged with murder, according to Shelby County court records. Taddarius Bean, Demetrius Haley, Justin Smith, Emmitt Martin III and Desmond Mills Jr. have each been charged with second-degree murder, aggravated … Read more

Three separate jury trials in Indianapolis murder cases have ended with guilty verdicts this week, according to the Marion County Prosecutor’s Office. The cases include the killings of the accused’s coworker at an apartment complex, to the shooting death of a man trying to assist the suspect with a flat tire. Marion County Prosecutor Ryan … Read more 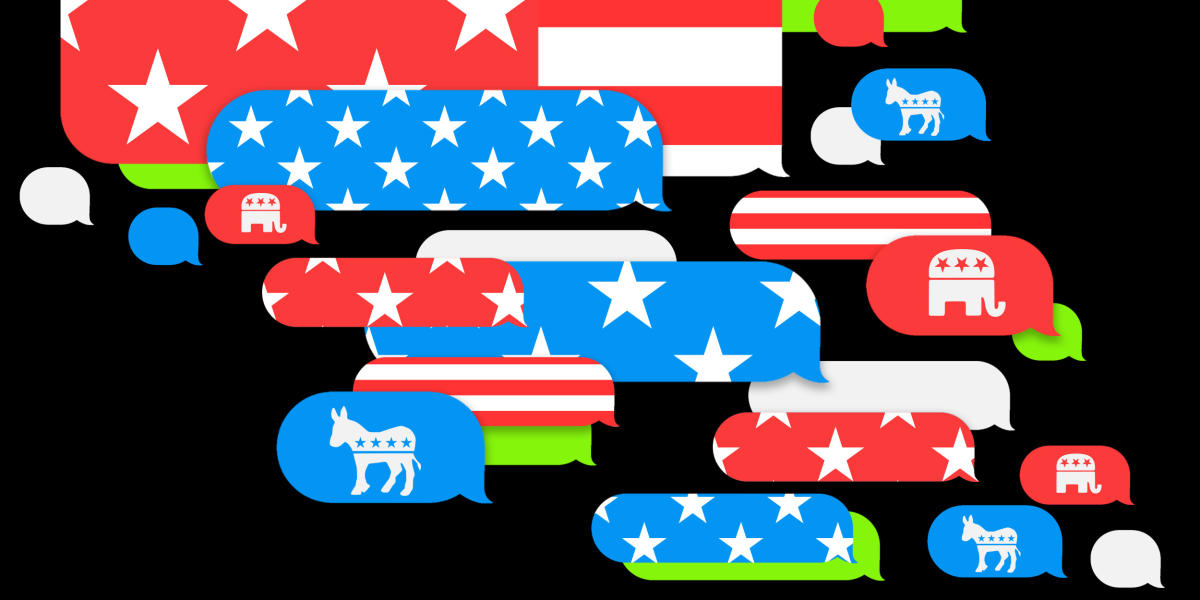 Americans were bombarded with political text messages in the months leading up to the midterm elections last year, even more than they were during the 2020 presidential race, something experts attribute to a Supreme Court decision that eliminated the requirement to obtain consent when sending mass texts. More than 15 billion political texts were sent … Read more 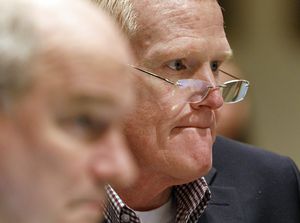 After 19 months of speculation, prosecutors finally laid out their evidence that Wednesday Alex Murdaugh killed his wife and son as they opened the double murder trial for the disgraced South Carolina attorney. There was gunshot residue on a seat belt, bullets pulled from bodies that matched ammunition boxes from around the home and cellphones … Read more