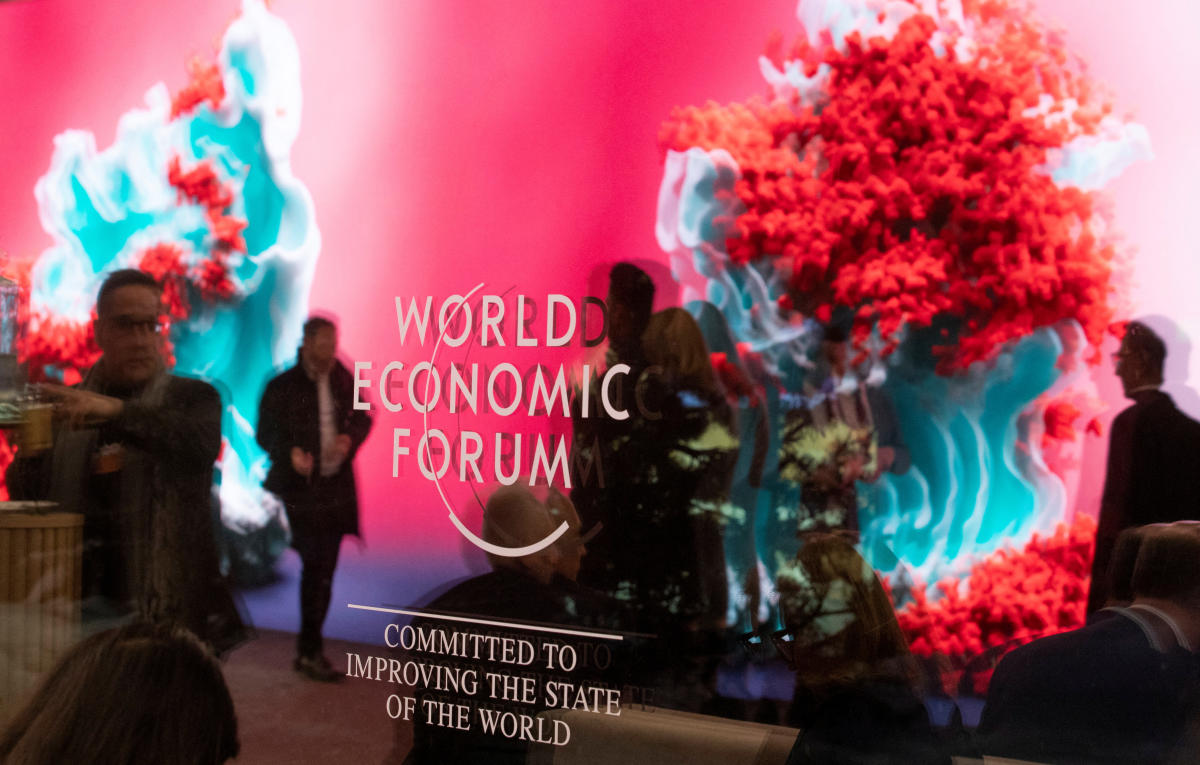 Today’s newsletter is by Julie Hyman, anchor and correspondent at Yahoo Finance. Follow Julie on Twitter @juleshyman. Read this and more market news on the go with the Yahoo Finance App.

One of the regular charges leveled at participants of the World Economic Forum in Davos they talk a big game on climate change… then fly to Zurich on private jets.

The WEF has said it offsets all of that travel by buying carbon credits. Some CEOs have responded by flying commercial, which has a lower carbon footprint.

But the executives and world leaders we spoke to last week seemed increasingly aware of how they’re perceived outside of their bubble in the Swiss Alps, and are making some attempts to address those perceptions.

Ignoring the antagonistic billionaire, however, doesn’t mean the proceedings in Davos haven’t taken on a new air of self-awareness about this annual gathering of the global elite.

“It’s something that people are very conscious of now and becoming more so,” S&P Global CEO Doug Peterson told us in Davos. Peterson said he flies commercial for international travel. The Yahoo Finance team shared a commercial flight with another top US CEO on the way back to the States this weekend.

But it’s not just internet trolls or climate activists like Greta Thunberg whose voices have risen to the altitude where CEOs reside. Executives told Yahoo Finance they are hearing from their home communities and employees they expect corporations to be good partners.

“We live in a world today where our employees want to know us as humans,” Cisco CEO Chuck Robbins said. “Our employees really care about culture. They care about your purpose. In fact, if you look at some of the latest surveys, employees will tell you that salary’s not number one anymore.”

Tech executives, in particular, are acutely aware of the optics of throwing lavish Davos parties while cutting spending at home. Cloudflare CEO Matthew Prince decided to tone it down this year, opting not to hold the company’s typical hot-ticket party. (Cloudflare did still sponsor a popular piano bar.)

“It just didn’t seem like the right year to be celebrating,” Prince said. “When we see a lot of companies laying people off, when we see people in the tech industry really struggling, the idea of ​​flying in a big performer, spending a ton of money on a lavish party, didn’t make a bunch of sense .”

Prince seemed to be throwing shade at Microsoft, which reportedly hosted Sting and 50 attendees at a party earlier in the week before news broke the company was laying off 10,000 people.

Salesforce also held a party whose coveted invites were hard to come by, and which featured a performance by The Pretenders’ frontwoman Chrissie Hynde.

But this party was sandwiched between layoff news earlier this month and the revelation Monday that activists Elliott Management and Jeff Ubben’s Inclusive Capital had taken stakes in the software giant. Investors, too, have noticed the disconnect. And perhaps sense an opening.

These sorts of parties — some of them with putative themes like sustainability — are designed to illustrate that Davos is not a sinister meeting of a dark cabal of global executives, political leaders, and non-governmental organizations, but is a chance for high-flyers to get a lot of facetime with their counterparts in a concentrated period.

This year’s conference also showed, to sometimes awkward effect, that CEOs are trying to straddle a tricky line between business and philanthropy, one challenge of so-called stakeholder capitalism.

BlackRock CEO Larry Fink, who has pushed his enormous money management firm further into ESG investing, has been attacked by activists on both sides for going too far and not going far enough.

“The attacks are now personal,” Fink said during a panel last week.

What does all this Davos self-awareness and sensitivity mean for investors?

Likely more caution and guardedness from companies and their leaders.

With the global economy slowing — and there was lively debate among Davos executives about just how much — expect a bit more tact from Corporate America 2023. And not just on their balance sheets, but managing their public images, too.

What to Watch Today

Click here for the latest stock market news and in-depth analysis, including events that move stocks

Read the latest financial and business news from Yahoo Finance