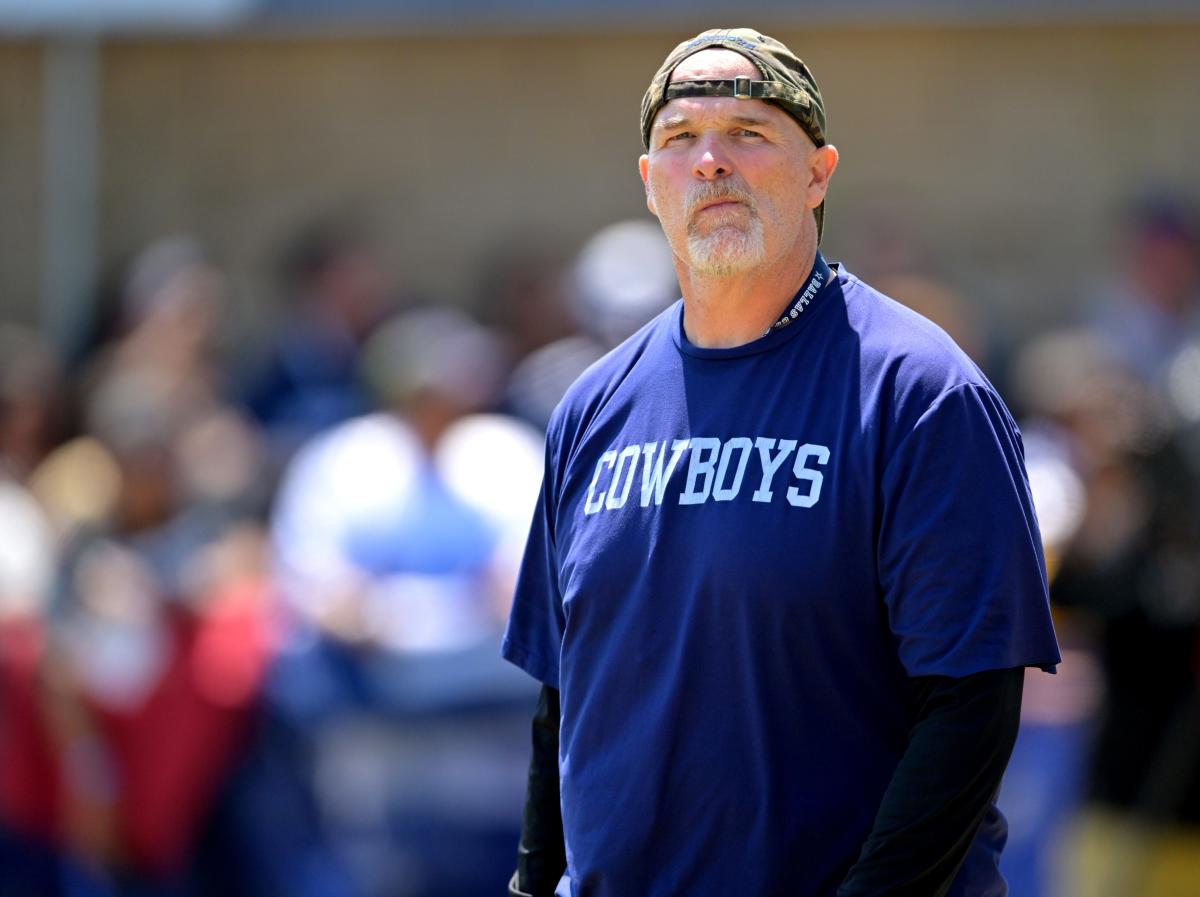 INDIANAPOLIS — From the sounds of it, the Colts are ready to begin the second phase of their head coaching search, even though there is likely still one interview from the first phase to complete.

The first reported candidate who has Indianapolis’ interest is a target of two other teams, and the other also has a second interested suitor. According to the Associated Press, interim coach Jeff Saturday will get a second interview in Indianapolis, his only suitor.

Dallas defensive coordinator Dan Quinn, the coach who took the Falcons to the Super Bowl in a losing cause and finished with a 43-42 record in Atlanta as head coach, is a “top candidate” for the Colts, according to the NFL Network’s Tom Pelissero, and they want to interview Quinn a second time, this time in person. Broncos defensive coordinator Ejiro Evero, the first external candidate to interview, has already been scheduled for a second interview in Indianapolis, according to Pelissero.

The Colts are not the only team targeting either coach.

The Arizona Cardinals are reportedly flying Quinn in for a second interview that will begin Tuesday night, per Pelissero, and the Denver Broncos are interested in Quinn. Evero has an interview scheduled Wednesday with Houston.

In theory, Arizona or Denver could hire Quinn away before the Colts have a chance to interview him a second time.

But the timing of these coaching decisions is tricky, hard to predict and potentially dependent on the decision of this coaching cycle’s top candidate, former New Orleans head coach Sean Payton. Payton has interviewed with the other four teams that have head coaching openings — the Cardinals, Broncos, Panthers and Texans — and has agreed to a second interview in Denver, according to the New Orleans Times-Picayune.

If the Broncos and Cardinals want to talk with Quinn again before making a decision on Payton, then the Colts search isn’t behind the schedule at all in a hiring cycle that is only beginning to get to the finalist stage in any of the five cities looking for a new leader.

And another candidate could hold up the proceedings in Arizona and Indianapolis. San Francisco defensive coordinator DeMeco Ryans, who has already interviewed with Denver and Houston, canceled last weekend’s interviews with the Cardinals and Colts in order to focus on the 49ers’ divisional round matchup against Dallas, a game San Francisco won.

Because the 49ers are taking on Philadelphia in the NFC Championship Game, Ryans is no longer available to interview until Monday. If Arizona and Indianapolis badly want to talk to Ryans — and according to the Associated Press, the Colts still want to interview the former linebacker — then their searches cannot be completed until next week.

The NFL’s Rooney Rule, designed to ensure that minority coaches and front office candidates, get a fair chance at the NFL’s decision-making jobs, also plays a role in the timing of these coaching decisions. Under the Rooney Rule, a team must conduct at least one in-person interview with an external candidate who is a person of color before making a hire.

Ejero would fulfill this requirement in Indianapolis, although it is highly likely that the three reported candidates are not the only three out of the original list of 14 to get a second look.

Arizona, Denver and Carolina have already reportedly fulfilled this portion of the Rooney Rule. Houston is also expected to fulfill the requirement soon. According to Pelissero, all 13 of the Colts interviews have been virtual so far.

In other words, the five teams searching for a new head coach are all getting closer to a resolution.

But it’s not necessarily easy to predict, at this point, when the first domino or two will fall. Indianapolis has begun to lose assistant coaches off the staff, a near-certainty given the head coaching change, as assistant offensive line coach Kevin Mawae was announced Tuesday as the new head coach at Division II-AAA Lipscomb in Nashville. Whoever the Colts hire will likely bring in their own staff.