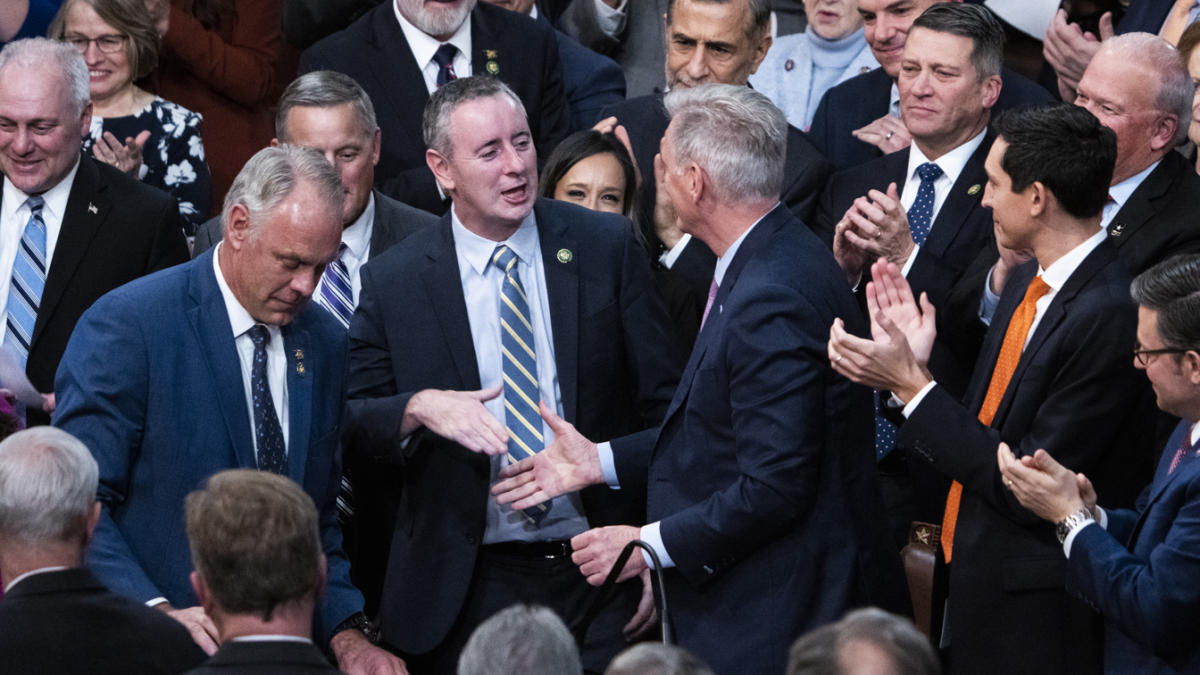 House Republicans who blocked Kevin McCarthy’s ascension to the speakership repeated a mantra during the four-day leadership fight that ended after several rounds of dealmaking: Congress is “broken,” they said.

It can sound like a talking point, one that’s been recycled year after year to bash the other side. This is a reliable fundraising tactic.

But as the right-wing Republicans stood under the bright glare of the TV lights on the House floor each day, a dozen other House members sat scattered around the room, having just spent four years working to address some of the same problems.

It may be news to many Americans that it’s not a partisan idea to think Congress needs fixing. It’s not just ultraconservative Republicans who believe it’s necessary. Democrats do too.

Members of both parties even have some of the same ideas about how to do this — and finding consensus took years and happened away from the spotlight.

In 2019, then-House Speaker Nancy Pelosi, D-Calif., created a bipartisan committee for the “modernization of Congress.” It wasn’t just about updating technology. The committee also took aim at partisan polarization and gridlock, “the inability to pass important legislation, low public approval ratings, high levels of partisanship, and the general belief that the institution could function better on behalf of the American people.”

As it did so, the committee saw that one of the reasons that Congress was not working was because the speaker’s office and party leaders had too much control over just about everything. That’s one of the key criticisms that was made by Rep. Chip Roy, R-Texas, and some of the others who extracted concessions from McCarthy during the leadership fight.

“Over the last few decades, there’s been a pretty strong centralization of power into leadership. … Everything was so dysfunctional, and the vitriol was so high, that even [Democratic] leadership was like, ‘We can make some changes here,'” said Rep. William Timmons, RS.C., who served on the committee all four years and in 2021 became the Republican vice chair.

Timmons and Rep. Derek Kilmer, D-Wash., who chaired the committee, spoke to Yahoo News in a joint interview. The committee was created to last for two years, and was renewed for another two years, but is now defunct, with Republicans in control of the House.

Yet the committee took great pains to foster cross-party cooperation. It was created with equal numbers of Democrats and Republicans. Recommendations required two-thirds support to pass.

Even the hearings were physically set up to encourage bipartisan collaboration. Republicans and Democrats alternated in every seat, rather than sitting on opposite sides of the room, as is normally the case in hearing rooms. The committee members also sat in a roundtable format, all on the same level, rather than on a multilevel dais, so that everyone could look each other in the eye.

The committee has precedent. Nine times over the past century, Congress has created a panel of some sort to propose reforms to the institution.

This time, a new panel grew out of informal conversation in 2018 among frustrated lawmakers.

“We were having these conversations … around potential ways to democratize the work of Congress, to empower members more, to hopefully reduce some dysfunction,” Kilmer said. “There were conservatives. There were progressives. There were centrists. … We would order some pizza and sit in the Capitol and talk through some of this stuff.”

This group found that the causes of congressional dysfunction fell into several distinct spheres. Noncompetitive salaries for staff encouraged the most able individuals to leave for other sectors, including lobbyist shops. Countless logistical, data-sharing and technological improvements were needed.

But they also noted that some members of Congress resorted to outrageous behavior because there was no other way for them to receive attention or praise.

“Members of Congress feel increasingly sidelined from the lawmaking process,” said the committee’s final report, issued in December. “Their inability to play a substantive role in legislative negotiations leaves some questioning the value of their committee work and looking for alternative ways to participate in the process.”

Both Kilmer and Timmons traced a shift of power dating back several decades, away from committees and towards leadership offices.

The class of 1974 came in to reform Congress and targeted “what was perceived as too much power that was vested in committee chairs,” Kilmer said. “So they proposed some changes with the expectation that it was going to lead to more power for rank-and-file members. That’s not actually what happened. You started to see more power that rested in the speaker’s office. That was put on steroids under Speaker [Newt] Gingrich.”

Timmons agreed: “When Gingrich became speaker, a lot changed. They thought they were making good changes, and I think everyone now looks back and says, ‘Oh, those were bad changes.'”

The centralization of power in leadership offices turned many lawmakers into spectators, and some have gravitated towards performance politics as an alternative, the committee report said. “For better or worse, social media and cable news provide an easy outlet for members wanting to make their political views known.”

The committee’s recommendations to strengthen committees revolve around coordinating schedules so that members don’t have to choose between hearings or try to float between multiple hearings, in addition to going to the floor to vote.

“If you want committees to be the place where people are developing expertise on policy, where there’s actual discussion of ideas, and where people get to defend their ideas — and where you can maybe collaboratively solve some problems — that means committees need to cease being the place where you air-drop in for five minutes, give your speech for social media, and then bolt to get to one of your other three committees that you’re in at the same time,” Kilmer said. “So we did make recommendations around trying to de-conflict the schedule and the calendar, and to frankly have more presence in DC”

The cooperative spirit of the exercise has rubbed off on its members. Timmons, who represents the second most conservative district in South Carolina and who voted against certifying the 2020 election results, even after the Jan. 6 insurrection, said none of the work to reform Congress would have happened without the sign-off and support of Pelosi, the former speaker.

“Without her, it would never have existed,” he said.