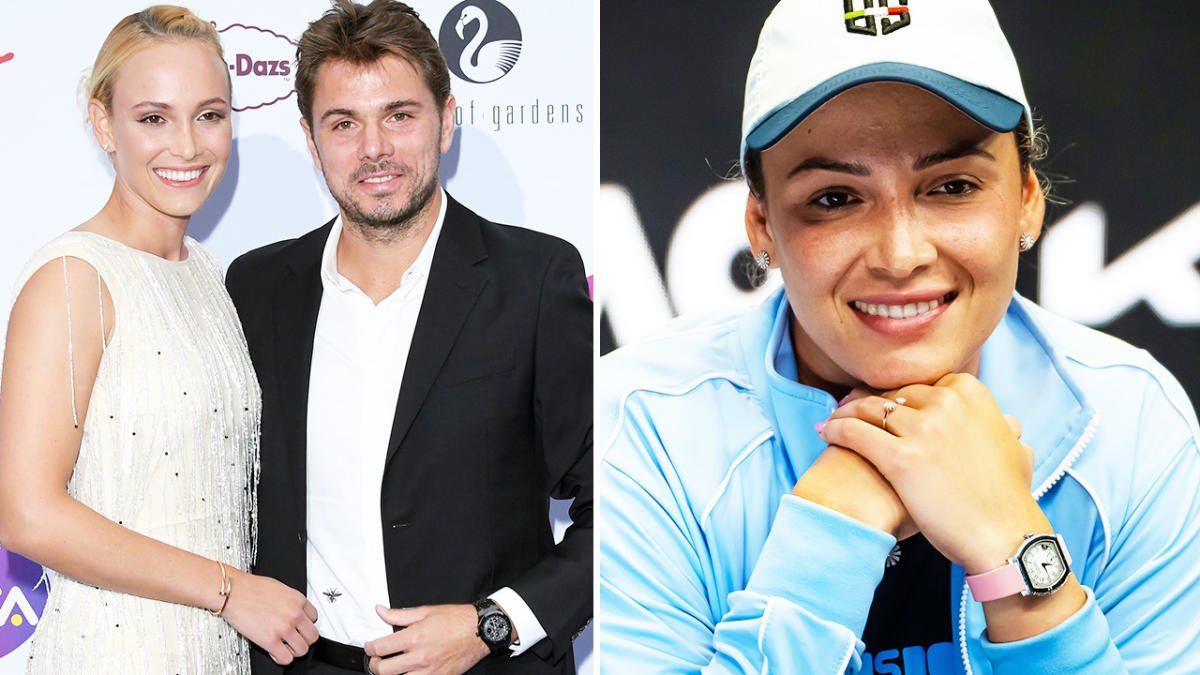 Aussie tennis hero Casey Dellacqua has praised Donna Vekic’s career resurgence after it threatened to be derailed by scandal. Vekic went head-to-head with Aryna Sabalenka on Wednesday for a place in the Australian Open semi-finals.

Things didn’t start particularly well for Vekic when she was broken in just the fourth game, surrendering an early 3-1 lead. After managing to get back on serve, Sabalenka broke again to go up 5-3 before serving out the first set 6-3.

‘DEPORT HIM AGAIN’: Novak Djokovic under fire at the Australian Open

‘HATEFUL’: Storm erupts over message on camera at Australian Open

Sabalenka maintained her momentum in the second set after breaking Vekic straight away to take a 2-0 lead. Despite the scoreline, Vekic was not going down without a fight and was forcing Sabalenka to bring out her best baseline tennis.

Vekic continued to struggle with her serve after dropping 12 double faults halfway through the second set. Sabalenka dropped one of her own service games, but continued to break Vekic as she raced away to a 6-3, 6-2 win.

Regardless of her loss to Sabalenka in the quarter-final, Vekic can take enormous pride in the fact that she’s still playing and making grand slam quarter-finals. The Croatian player’s career was thrown into chaos in 2015 when she became the unwitting victim of an unsavory sledge from Nick Kyrgios towards her then-boyfriend Stan Wawrinka.

During a match at the Canadian Open, Kyrgios said to Wawrinka: “(Thanasi) Kokkinakis banged your girlfriend. Sorry to tell you that mate.” Kyrgios was widely condemned at the time and only recently got back on good terms with Wawrinka.

Vekic, 26, also endured a very public break up with 37-year-old Wawrinka in 2019. Their relationship initially raised eyebrows when Wawrinka left his wife for a woman 11 years his junior.

But despite the controversy and scandal, Vekic has risen above and let her tennis do the talking. Her run to the quarter-finals at the Australian Open marked her equal-best performance at a grand slam after she made the same stage at the US Open in 2019.

For Aussie great Dellacqua, her display at Melbourne Park has been nothing short of remarkable. “It feels like she’s been around for a long time,” Dellacqua said on Channel 9 on Wednesday morning.

“I’m really glad that she’s putting in some really great work off the court, I can tell, and that’s been rewarded on the court in terms of her play at the United Cup and now here at the Australian Open. She’s had some tough years, we know that she was obviously with Stan and that didn’t work out.

“But she’s just always had great family, she’s got great parents around her, they have supported her unconditionally, and you can tell that when you speak to her. She’s got a lot of life about her, Donna, in terms of her maturity and where she comes from and where she’s at now, so I do think the best is yet to come for a player like Donna Vekic. I hope it is anyway, because she’s a bit of a ‘fave’ of mine.”

Sabalenka will now play Magda Linette in the semis after the Polish veteran continued her incredible run on Wednesday. The unseeded 30-year-old caused another huge upset, beating former World No.1 Karolina Pliskova 6-3 7-5.

Sabalenka has been in career-best form in Australia and will fancy her chances to reach a maiden Australian Open final in 2023. She will be facing the Polish ace who has never reached a semi-final of a slam, but is in good form.

Linette had not advanced past the third round in 29 previous grand slam appearances. Five of the players she has beaten at Melbourne Park this year are ranked inside the top 20.

“It’s so emotional. I can’t really believe it. Dreams come true,” she said.

“We keep going though. I don’t want to get too excited because we’re still in the tournament but I’m super grateful and happy.”

Linette said the key to her incredible run is keeping her composure on the court. “All through my life I’ve been taking mistakes and losses very personally, so I had to disconnect those two things,” she said.

“It was really difficult, because I felt a lot of times that the misses, the mistakes, were defining me. My coaches and I did a really great job, and I’m really thankful to them, because they really put up with a lot of crap.”

Click here to sign up to our newsletter for all the latest and breaking stories from Australia and around the world.