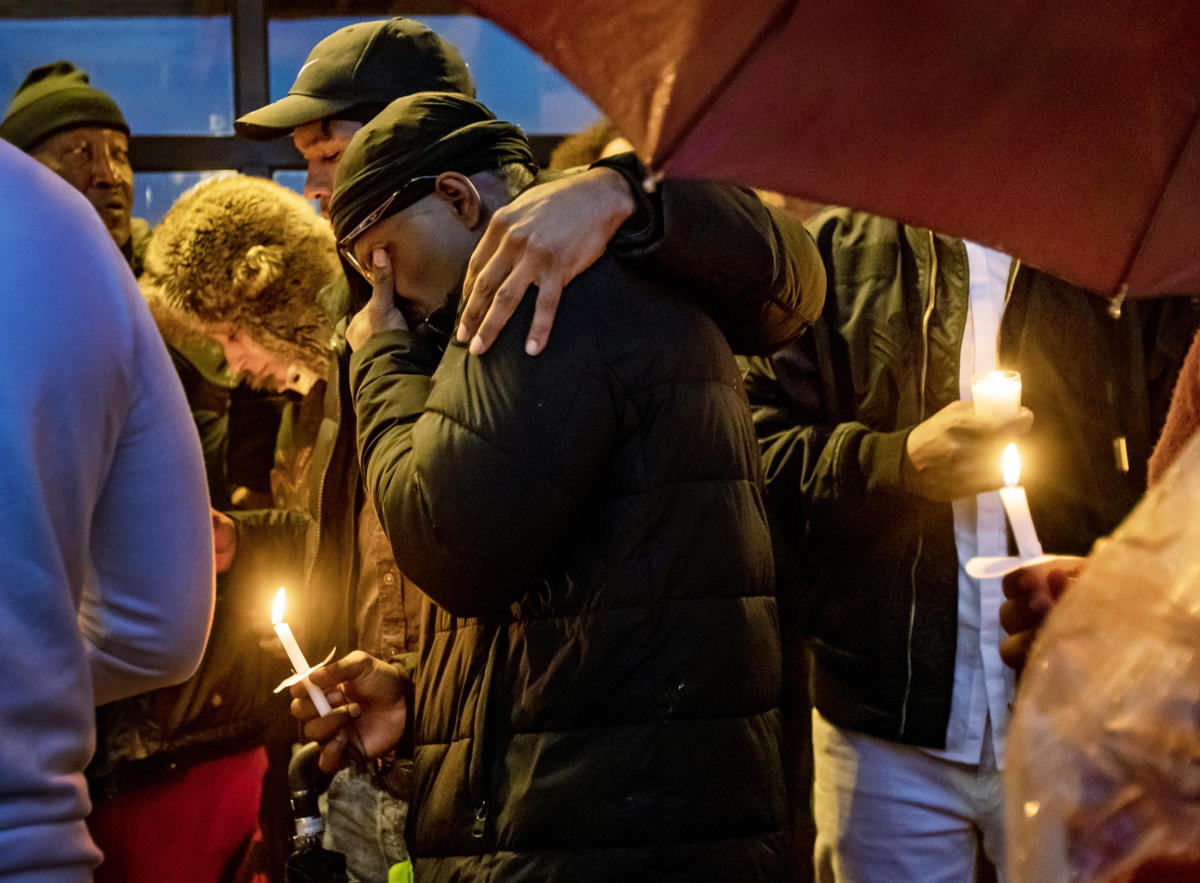 LOS ANGELES — The families of two of three men who died in encounters with Los Angeles Police Department officers on the same day earlier this month filed claims Friday against the city, each calling for better accountability and at least $50 million in damages.

Keenan Anderson, who was Black, and Oscar Leon Sanchez, who was Latino, died hours apart on Jan. 3 following confrontations with police that quickly escalated.

A third man, Takar Smith, who was Black, died a day earlier during a confrontation with the police. His estranged wife said he was experiencing a mental health crisis and needed help when police shot him on Jan 2. It was not immediately clear whether Smith’s family intends to pursue legal action against the city or police department.

Although much attention has been paid to the death of Anderson, a teacher who was the cousin of Black Lives Matter co-founder Patrisse Cullors, all three deaths occurred amid nationwide calls for changes in law enforcement policies — particularly when officers interact with those who have a history of mental illness.

In California, a claim must be filed before legal action can be brought against a public agency. The city has 45 days to respond to the claim and if denied, a plaintiff can move forward with a lawsuit.

The family of Oscar Leon Sanchez said he was in the midst of a mental health crisis when he died and should have been treated with more care.

“Oscar Leon Sanchez needed mental health support. However, despite no one being injured, no ongoing emergency, and no need for law enforcement, Los Angeles Police Department officers shot and killed Oscar Leon Sanchez in his home,” according to a claim filed on on behalf of the Sanchez family and obtained first by NBC News.

The fatal encounter unfolded Jan. 3 around 5:30 pm when officers responded to a call regarding a suspect armed with a deadly weapon south of downtown LA

According to the police, Sanchez threw an unknown metal object at a passing car. When the driver pulled over, Sanchez allegedly confronted the driver and threatened him with a knife.

Several people had called 911 earlier that evening to report Sanchez pacing in the street, and at least two people told first responders they suspected he was homeless, according to edited footage released by police.

When officers arrived at the scene, they found Sanchez standing on the second-story landing of a house holding what appeared to be a metal pipe and a heavy chain. Officers attempted to confront him, but he advanced on them while holding a “metal makeshift spear,” according to police.

Sanchez was struck by gunfire, handcuffed and later died of his injuries at a hospital.

“When you look at the video, it’s clear he doesn’t know what’s going on,” said Isidro Leon Sanchez, Oscar’s brother. “He was having an episode.”

Oscar, the youngest of five siblings, had long battled anxiety and major depressive disorder, which only worsened in the years since their mother died, Isidro said.

In the past year, Oscar’s mental health spiraled as he struggled to leave his room or go to work, his brother said. He was prescribed medication for his depression and occasionally went to therapy, but Isidro said he suspected Oscar could not manage his depressive state on his own and may not have taken his medication regularly.

Another brother, Emmanuel Leon Sanchez, was home but in a different room when Oscar was shot and could no longer sleep through the night or return to the house where the fatal encounter unfolded, Isidro said.

Emmanuel is also part of the claim because of the emotional trauma he claims he suffered from witnessing his brother’s death, according to the family’s lawyer.

“He is traumatized,” Christian Contreras, the family attorney, said.

“Especially as a former health care professional, I am deeply troubled that mental health experts were not called in, even when there was a documented history of past mental health crisis,” Bass said in a statement about Smith’s death.

“When there is no immediate risk to others, law enforcement must not be the first responder when someone is experiencing a mental health crisis,” she continued. “I believe officers and Angelenos agree on this.”

The Los Angeles County coroner’s office is still investigating the cause of Anderson’s death; he died after LAPD officers tasered him six times in 42 seconds following a car accident in the city’s Venice Beach neighborhood.

The coroner’s office determined both Sanchez’s and Smith’s deaths were homicides.

In Smith’s case, his wife had sought help from the police for a restraining order violation on Jan. 2 and warned the LAPD of her husband’s mental health condition.

Smith’s wife initially sought help from officers at a nearby police station. She then told a dispatcher that her husband had been diagnosed with schizophrenia but had not been taking his medication and would likely fight anyone who intervened.

“He’s not in his right mind,” she told the dispatcher.

Moore said Anderson appeared to have a mental health condition in addition to being intoxicated. Cocaine and cannabis were found in his system, according to a toxicology report.

On Thursday, the union representing Los Angeles police sent a lengthy statement to the city council, blaming all three men for their deaths.

“The suspects escalated each of these incidents, not the responding officers,” the letter read in part.

But Contreras said the police response to Anderson, Smith and Sanchez underscored a larger problem within the department: “It’s clear they have no compassion, no empathy.”

This article was originally published on NBCNews.com