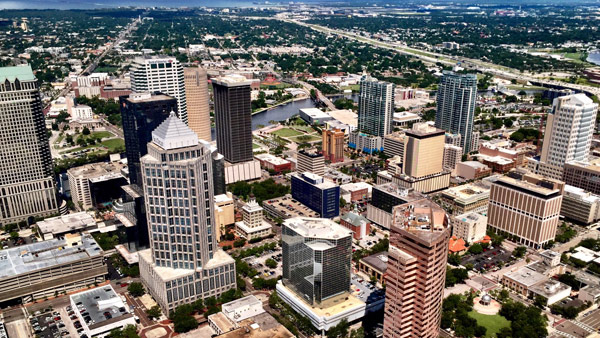 TAMPA, Fla. (WFLA) — The rent cost is high, and has been for a while, especially in Florida. As housing costs remain a significant driver of overall inflation, a new study by Florida Atlantic University dives into why rent costs are so high in the Sunshine State, especially compared to the rest of the United States.

FAU reported that Florida is home to nine of the 21 most overpriced rental markets in the nation, with Tampa, North Port, and Lakeland among cities where renters pay the highest premiums in the US

The Waller, Weeks and Johnson Rental Indexis a production from the Florida Atlantic University Real Estate Initiative, Florida Gulf Coast University’s Lucas Institute for Real Estate Development & Finance, and the Alabama Center of Real Estate at the University of Alabama.

The index showed that rental costs are put on a premium month-over-month and year-over-year due to a number of factors, including short-term rentals and home owners’ association costs.

According to FAU, “Cape Coral-Fort Myers renters lead the nation in paying 18.05% above the long-term leasing trend. You love me; North Port; Tampa; Orlando; Deltona-Daytona Beach; Palm Bay-Melbourne; Jacksonville; and Lakeland also have some of the nation’s highest premiums.”

Dr. Ken Johnson, an FAU economist, said part of the issue with rising rental costs are short-term rentals like Airbnb and other sites keeping available units out of the larger housing stock, which is “already-depleted.” Additionally, Johnson said HOAs across Florida have rules against owners renting out their units during the first year of residency, or banning it outright.

Gen Z has ‘lowest’ patriotic sentiment in US, poll shows

“Both of these take away units that could be rented to the public, and it’s the shortage of available units that drives rental rates higher,” Johnson said. “While developers and local governments clearly need to build more units, that’s not the only solution to this problem.”

According to the Indexhere’s where the Florida cities sit in the ranks, organized by Premium or Discount percentage, as of November 2022.

“As a state, we need to realize that the current rental crisis is hurting our economic growth potential and making it increasingly difficult for service workers to live within reasonable distances of their jobs,” Johnson said, highlighting the effect unaffordable housing is having on Florida’s economy.

While rent affordability is a big issue, it’s only one part of the housing crisis that is still affecting Florida.

According to the Beracha and Johnson Index, another FAU real estate analysis tracker, those same nine Florida cities with big rent premiums also have premiums when it comes to the expected price of a home versus its sale price.