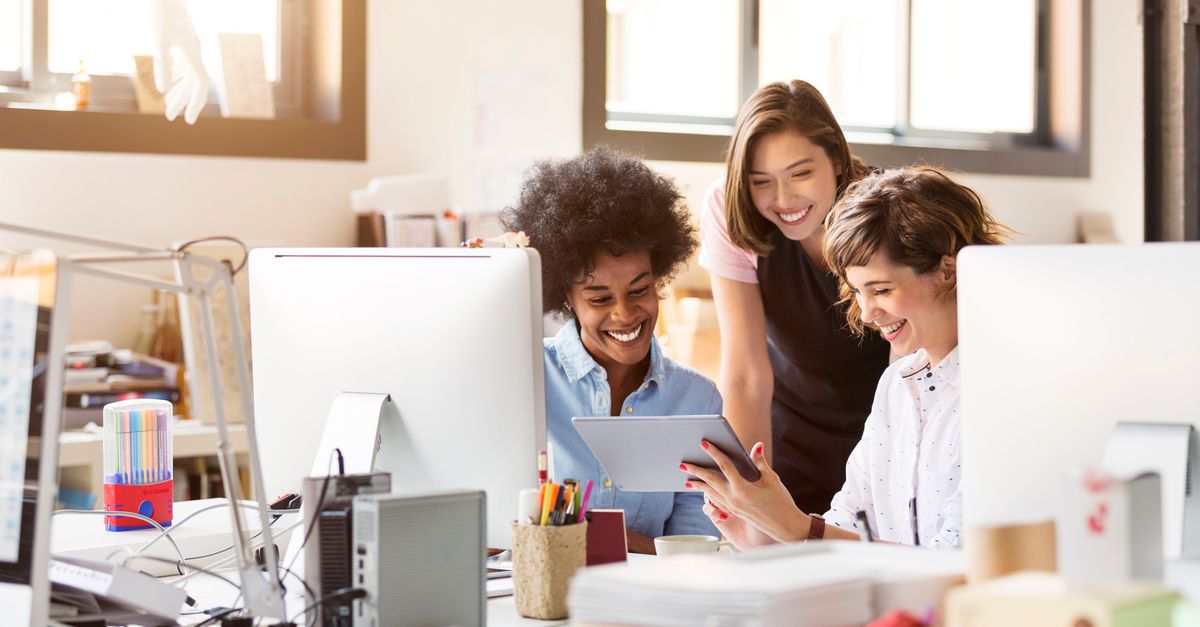 Moods are a part of life, and while it’s normal to feel down sometimes, it’s never pleasant and probably isn’t how you want to feel for much of the day.

While you can’t just tell yourself to feel better, you can change the thoughts and behaviors that help influence your mood, according to Ruth Ellingsena clinical assistant professor in the psychology department at the University of Oregon.

The first step in turning your bad mood around is identifying what kind of mood you’re in, Ellingsen explained.

″[It] sounds simple but really involves being mindfully aware of our current state,” she said. It’s fairly common to ignore our emotions as we go through our daily lives, which makes it pretty impossible to improve your mood, Ellingsen added. How can you feel better if you don’t know how you’re feeling?

To determine your mood, Ellingsen said that she recommends doing a feeling temperature check using what is known as a feeling thermometer. She said a feeling thermometer has four zones —green (which represents comfortable feelings or a good mood), yellow (which is the next level up on the thermometer, indicating you may feel a little tired, for example), orange (which is another level up, so nervous or frustrated) and red (which is very uncomfortable — like feeling sad, angry or another negative emotion). This easy resource to determine your mood is an excellent tool for measuring your feelings.

Once you’re aware of how you’re feeling, you can figure out what to do about it and take steps to control your mood before you hit that red zone, which, she said, is an emotional state, and it’s hard to snap out of it.

But if you’re in the yellow or orange zones, you can easily employ some strategies to turn your mood around. Here are some ways to do so.

“The one thing that’s at all of our disposals is using our breath” to get out of a bad mood, said Gregory Sullivanthe program director of the positive coaching and athletic leadership masters program at the University of Missouri.

He recommends trying one of two breathing exercises the next time you feel down. One option is the “physiological sigh,” consisting of two quick inhales followed by one long exhale.

“What that does is it removes [carbon dioxide] from our body and makes us feel a little bit more relaxed,” Sullivan said.

This double inhale increases the lung’s ability to fill with air and reduces the amount of carbon dioxide in the body, Andrew Huberman, a professor of neurobiology at Stanford Medicine, told the school’s podcast. According to Huberman, increased levels of carbon dioxide activate our body’s stress response, so being able to push out carbon dioxide also decreases our stress.

And, Sullivan added, breathing impacts the body’s vagus nerve and “takes us out of that fight, flight or freeze mentality.” So, that long exhale helps you relax.

You can also try the 6-7-8 breathing exercise, which is breathing in through your nose for six seconds, holding your breath for seven seconds, and then exhaling for eight seconds, he noted.

When it comes to breathing exercises, Sullivan said they allow the body to control the mind rather than the mind controlling the mind. And “it shifts our focus away from what may be troubling us,” he added.

You’ve probably heard many times that exercise is good for your mental health, and the same goes for its impact on helping you get out of a bad mood, according to Sarah Sarkisan executive coach and senior director of performance psychology at Exosthe corporate wellness company.

“Move your body for 15 [to] 20 minutes,” Sarkis said. “You will get a shot of endorphins and adrenaline, which can help us quickly shift perspectives.”

When you’re not feeling your best, turn to a favorite fitness routine like running, yoga, tennis or indoor cycling. If you’re in a bad mood, you don’t want to put more pressure on yourself by doing a workout you don’t like.

Focus on others instead of yourself.

Shifting your focus away from yourself is a great way to lift your spirits, Sullivan said. He added that one of the earliest contributors to positive psychology, Chris Peterson, stressed the importance of other people when it comes to your mental health. Helping or building relationships with others will only make you feel better (and help kick that bad mood).

“The simple thing would be deciding that during the day you’re going to do some random acts of kindness or [ask] a colleague if they could use some help,” Sullivan said.

So, if you find yourself in a bad mood, you could try reaching out to a friend who is going through a tough time or donating items to an organization that needs support.

Sullivan added that shifting your focus away from yourself is one of the most powerful ways to defeat a bad mood.

Study after study has found that nature is good for your mental health — spending time outside can lower stress levels, lower anxiety and, generally, just put a smile on your face.

“Nature can be medicine if we use it that way, and getting outside and changing your perspective can sometimes shift your mood rather quickly,” Sarkis added.

She said that adding music to your time outside can be even more beneficial and can “iinterrupt the cognitive loop that gets set very quickly once we are ‘in a bad mood.'”

“The most powerful and helpful of all positive emotions is gratitude — being grateful just makes us happier,” Sullivan said, “and being happy and in a bad mood is certainly incompatible behavior.”

To tune into your inner gratitude, think about two or three things in your life for which you’re grateful, he said. These don’t have to be big things, they can be something simple like the smell of a new candle or the weather.

You can practice gratitude at the beginning or the end of the day, although Sullivan said he prefers to do it to close out his day.

“Thinking about gratitude, it helps me sleep,” he said. Bonus: Sleep is an important tool for avoiding bad moods.

Stay in the moment.

“Experts believe that about 90% of the things that we worry about never happen,” Sullivan explained. So, most of those worries contributing to your mood are usually pretty pointless.

“We can very intentionally do something behaviorally to bring ourselves to the present moment, whether that’s deep breathing or just tuning into our senses to really bring ourselves away from what [we’re] worrying about,” Ellingsen stated.

In other words, practicing mindfulness in these moments is a good idea, which can mean doing the breathing exercises mentioned above or trying out meditation.

Sullivan added that another way to get rid of worrying thoughts about the past or future is to argue with yourself. So, say you are nervous about an upcoming conversation with your boss. Instead of giving in to those thoughts, question why you feel that way. On top of that, remind yourself of the previous talks with your boss that went well. This may help calm you down.

According to Ellingsen, you can do things that act on your body’s chemistry and kind of trick yourself into being calm.

“One thing that is actually quite effective, particularly if you are really angry … is to literally cool down your body, so taking an ice packs and putting it on your forehead,” she said.

There is something about the physical cooling effect that brings on a sense of relaxation, Ellingsen added.

Focus on your muscles.

“Again, that can trick your body into relaxation mode,” Ellingsen noted.

“While snapping out of a bad mood may be really helpful in the short term, learning to accept our emotions, both positive and negative, may be the better strategy in the long term,” Sullivan said.

According to Sullivan, a key aspect of well-being is the ability to accept the full array of human emotions — from excitement and joy to boredom and pain.

“It’s also important to note how ephemeral [our emotions] are; they come and go,” Sullivan said, “knowing that is a huge step in dealing with a bad mood and negative emotions.”

Meaning even if you do feel upset, you won’t feel that way forever.

What’s more, Sullivan said we are genetically predisposed towards negativity, which goes back to our caveman ancestors who used negativity to stay safe from real threats.

To an extent, this still keeps us safe today, “but at times, we can be overwhelmed by that negative bias. It’s important to find a level of emotional harmony, and that’s where positive psychology and the interventions that have been created through research can really help with that,” Sullivan said.

In the spirit of listening to your moods, Sarkis added that “moods don’t have to hijack your day if you practice … how to move through your moods in an emotionally healthy way.”

This can mean following some of the practices above, like breathing exercises, fitness and general mindfulness, to better equip you for all of the moods — unpleasant and not — that come your way.

While it’s normal to be in a bad mood occasionally, you should be aware of certain warning signs.

Simply snapping out of a bad mood is not a reality for some people. “Moods can also be influenced by other psychological factors such as the diagnosis of a mood disorder,” Sarkis said.

Suppose you feel sad for most of the day for at least two weeks. In that case, it is worth talking to a therapist, Alayna L. Parkan assistant professor of psychology at the University of Oregon, previously told HuffPost.

Or, if you are feeling hopeless or tired or have lost interest in activities you once enjoyed, you should also find someone to talk to. But, again, this may be more than just a “bad mood” and cannot be helped solely using the tips above.

If you want help from a professional, you can use Psychology Today’s online database to find a therapist near you.