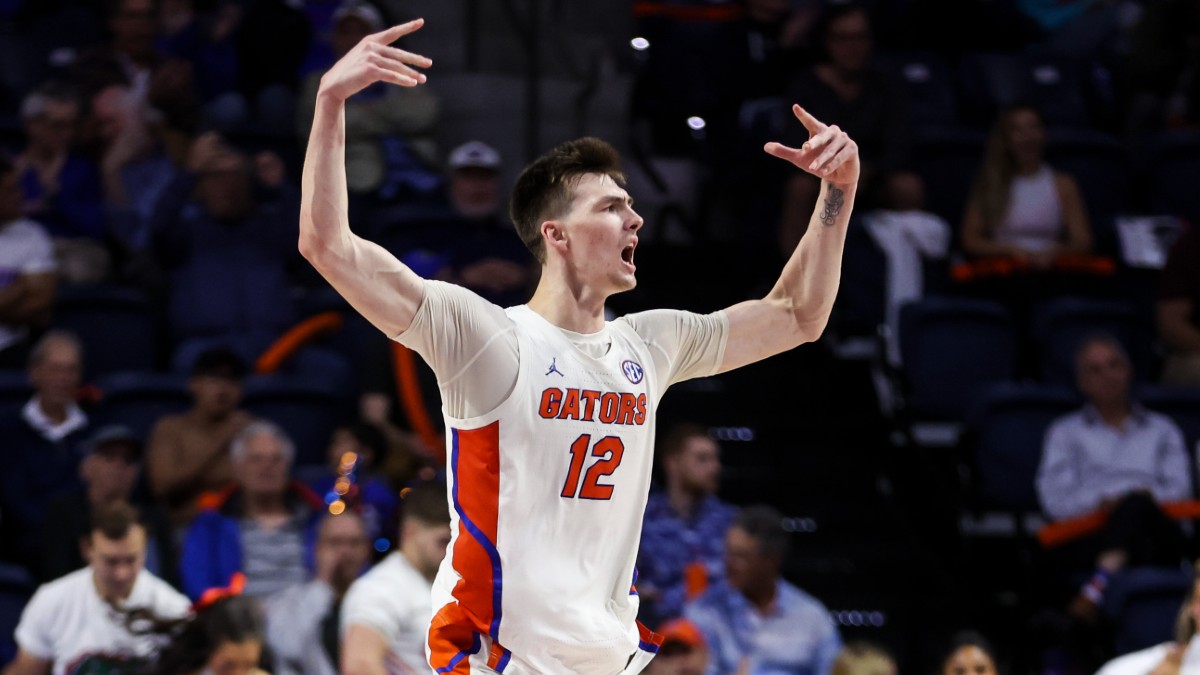 Florida is looking to string together three consecutive wins in the SEC as it attempts to overcome a shaky non-conference performance. Meanwhile, Missouri will look to avoid its second straight road loss after falling to Texas A&M on Wednesday. Here’s a look at the odds, as well as my pick and prediction for the contest between Missouri and Florida.

Missouri, like Florida, is in the middle of a transition year. A head coaching change has historically taken several years to bear fruit, but the transfer portal has sped up the rebuilding process. Dennis Gates has utilized the strategy Deion Sanders recently made famous as Gates “brought his own luggage.” Gates’ luggage may not be Gucci, but it has served its purpose thus far.

The luggage analogy is in reference to players following their coach to a new school. Mizzou has been the beneficiary of D’Moi Hodge hitching his proverbial U-Haul to Gates’ trailer as both men came from Cleveland St. Hodge leads the team in scoring in his first year as a Tiger, and has paired with Kobe Brown to form a dynamic offensive pair for Missouri. Along with Hodge, Gates was able to recruit a couple of guards in Tre Gomillion and Ben Sternberg to transfer from Cleveland St. and be familiar reserve guards for Gates to rely upon.

Missouri’s lack of size is concerning in most matchups given that the Tigers typically start the 6’7″ Brown at center. Missouri’s size limitation figures to be further exacerbated by the difficulty a matchup with an athletic 6’11” true post presents. Brown and his teammates will most likely need to be creative in defending the aforementioned 6’11” Colin Castleton. Trapping the post and fronting Castleton may be among the strategies employed by Gates and the Tigers in an effort to limit Castleton’s opportunities. The danger of employing defensive strategies outside of what the Tigers usually implement would be weakening an already porous defense.

In contrast to Missouri, Florida began the season with a number of disappointing results in non-conference play. However, the Gators have positive momentum entering Saturday’s game. Given that both of these teams are likely on the fringes of the NCAA Tournament field, coach Todd Golden will surely emphasize the importance of protecting home court Saturday.

Rosters in college athletics are as fluent as they have ever been. So, when Colin Castleton’s former coach Mike White left and took the gig at Georgia, many may have assumed that Castleton would also find a new destination. Instead, Golden convinced Castleton to stick it out in Gainesville and be at the center of Golden’s roster, both literally and physically. Castleton easily leads the team in minutes, points and rebounds, all while performing key duties as a defensive eraser when his teammates lose track of their assignments.

Behind Castelton’s leadership, Golden is still waiting for one of several guards to emerge as the best option in the backcourt. Trey Bonham, Will Richard and Kyle Lofton all transferred to Florida with a chance to thrive in Golden’s system, and play under a bigger spotlight in the SEC. Unfortunately, all have been inconsistent in delivering upon the opportunities given to them thus far.

As mentioned previously, Missouri really struggles defensively and has given up over 90 points several times this season. Texas A&M had been shooting just 28% from 3-point range in conference play prior to its win Wednesday night against Missouri. The Aggies had their best perimeter shooting performance of the year against the Tigers defense, making 10 3’s on nearly 44% shooting. I expect the Tigers to give up more opportunities on the road in Gainesville, giving a real opportunity for Bonham, Richard and Lofton to step up and seize the lead role in that Gators backcourt.

Florida has played with a little more tempo than Mike White’s Gators did in recent years. Still, the offense has struggled to find its identity at times, most notably when Florida is away from home. Saturday’s contest against a weak defensive opponent in Missouri may be just the recipe to get the Gators going.

Castleton should be able to take advantage of his size against a smaller five in Brown. If Castleton can facilitate from the post, specifically by finding open shooters when Tiger defenders sag off, I like the Gators to win and get the offense rolling.

How would you rate this article?

This site contains commercial content. We may be compensated for the links provided on this page. The content on this page is for informational purposes only. Action Network makes no representation or warranty as to the accuracy of the information given or the outcome of any game or event.