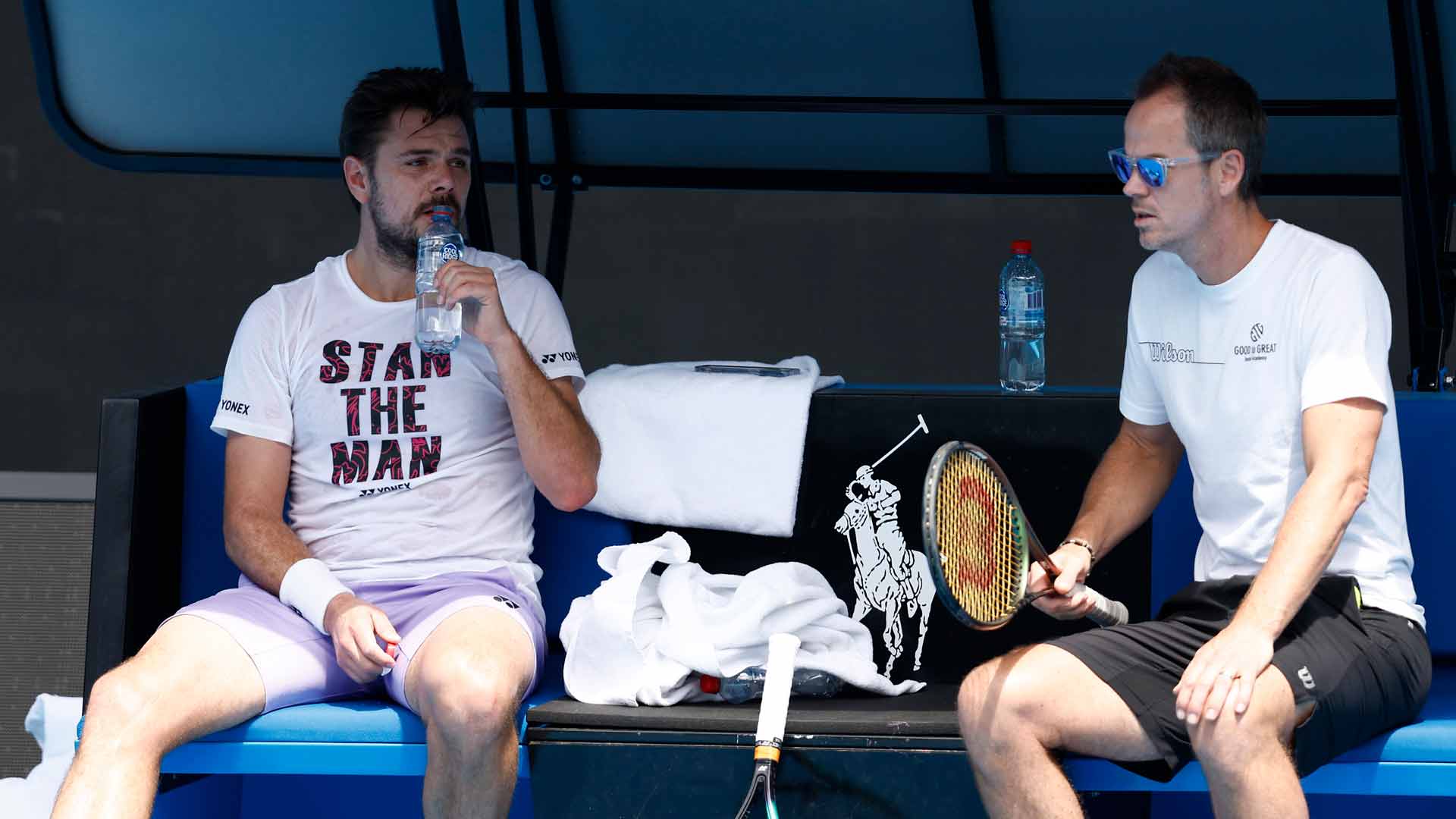 Magnus Norman is not just a former World No. 2, but one of the most prominent coaches of this generation. The Swede helped guide Stan Wawrinka to three Grand Slam titles and No. 3 in the Pepperstone ATP Rankings.

After time apart, Norman reunited with Wawrinka last year. ATPTour.com spoke with the Swede ahead of the Australian Open about Wawrinka’s epic series of matches against Novak Djokovic at Melbourne Park, helping the Swiss find his best form and more.

It’s been 10 years since Stan and Novak started a series of Australian Open matches. How fast has time flown since then?
It’s amazing, it feels like a couple of years ago. You look back and you see that he turned pro in 2002, 20 years ago, time flies. You have to make the best of it every day, that’s what I tell the young players who are coming up and what Stan is telling the younger generation of Swiss players as well. You’re 16 or 17 then all of a sudden you’re 24 or 25. You need to make every day count.

Does Stan still play because he enjoys the game and wants to take advantage of these moments?
I definitely think so. He loves the training, the life, the preparation. He likes to play tennis and compete. He put so much effort in to try and come back after a tough couple of years with injuries. It’s not easy to come back, you see a lot of guys struggling to find the level again. But Stan, within the last couple of months has really been picking up and he’s at the level now where I see him [hit] the ball so well and he’s fit. That was the goal for the last couple of years he has left, to try and compete and play at his best level.

When coming back to that level, is it more physical or mental?
In his case, I think both. First, physically having the foot injury, it took a lot of time. Then when you start playing tennis again, you’re happy you’re on the court but then you have to perform again. That’s when the mental part comes in. I admire his working habit every day, the work he puts in after so many years.

Is it almost more fun now to see him still working hard despite how much he’s already accomplished?
In one way, yes. It will never be the same as it was 10 years ago. Our personalities have changed. But in a way, yes it’s more enjoyable. He won three Grand Slams, Olympic gold, Davis Cup, amazing career. He basically won everything. From my point of view as a coach, I tell Stan he should play tennis when he wants to, when he feels good. Try to enjoy it as much as possible the last couple of years, that’s my input to him.

What’s the next step for Stan to not only play well, but also compete at the biggest tournaments?
I think he has the tennis, fitness, and mentality in place. I’m happy with where he is now. Hey beat [Casper] Ruud in Basel last year, had match points against [Holger] Runes in Paris. Those guys are top players, so I think he has everything to beat the top guys. From the physical aspect, as you get older the recovery takes a bit longer so you have to keep that in mind, play and practice a little smarter.

What’s the biggest difference from when you first started with him?
He’s the same guy. He developed his game a lot, he can go to the net more, his returns are improving every month now. We said that at practice the other day, that he feels more comfortable hitting the returns instead of blocking it. He has more variety in his game. He’s been moving so well the past couple of years.

What do you remember from that match against Novak in 2013?
Stan’s shot-making abilities. He could play winners from basically anywhere in the court, from both forehand and backhand, whether he was far back or inside the court. That he could go head-to-head with the top players, like Novak, from the back of the court. That’s what I remember from that match. When we started working together, he was a good player and so we talked about how not only to play well and to compete against those guys, but to win against those guys.

What was the key?
Try to use his physical abilities a little bit more. Even if he was going to be a shotmaker, try to play the bigger points with more margins. Trust his fitness to play longer rallies. Small things like that made a big difference in the end.

You May Also Like: ‘Sergeant Stan’ Relishing Captain’s Role At United Cup

How much has his fitness played a role in why he’s still finding success?
It’s a big reason for sure. He worked with Pierre Paganini for so many years and it paid off. A couple of good training blocks a year, he doesn’t overtrain.

Are you still impressed with the shotmaking talent he has?
For sure. It’s going to be tough to coach anyone after him. The way he plays and practices, he would never say no to practicing. If I say ten more forehands, he says okay let’s do it.

What is a success to you at this point?
First of all, he still enjoys practicing and competing. Also that’s he injury-free. Him being happy and he likes to play tournaments.