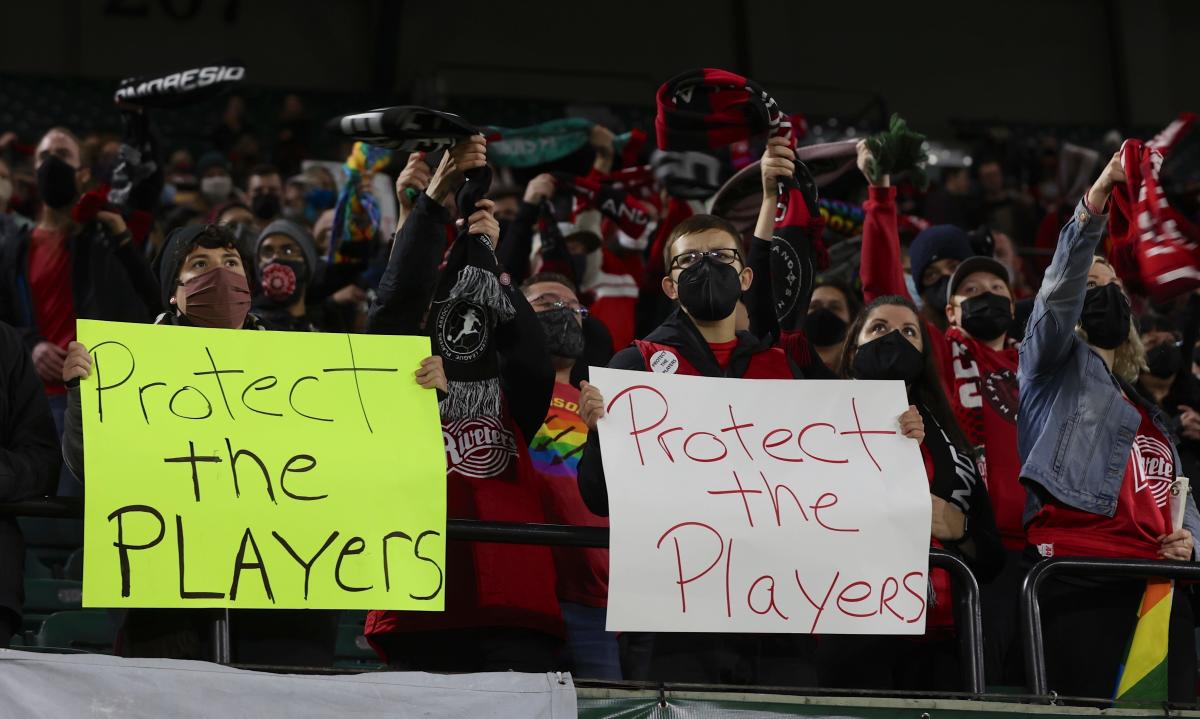 The Portland Thorns have fired assistant coach Sophie Clough and trainer Pierre Soubrier after an NWSL investigation concluded they had engaged in actions of misconduct, the league said Tuesday.

The Thorns also released a statement to USA TODAY Sports, confirming the termination of the two employees.

“Portland Thorns FC remains committed to following all NWSL policies,” the statement said. “The club reported to the league and fully cooperated with the league’s investigation into the allegations of misconduct by head athletic trainer Pierre Soubrier and assistant coach Sophie Clough. Upon receiving the NWSL’s final investigative findings, the club has terminated the employment of both Soubrier and Clough . The health and safety of the players is our utmost priority.”

NEWSLETTER: Sign up to get the latest sports news and stories sent to your inbox

In November, the team reported to the league that Clough kissed a player on the neck during the Thorns’ championship celebration. The league’s independent investigation determined that the report was substantiated. The coach’s action was deemed “inappropriate and unwanted physical contact” and found in violation of the league’s conduct policy.

Concerns were also raised that Clough engaged in bullying. Those claims were not corroborated by the independent third-party attorney and the league said that “Clough did not exceed the bounds of appropriate coaching.”

Soubrier was reported to the league by team physician Dr. Breanne Brown, who said that he was giving players codeine, which is a controlled substance. The investigation found that Brown’s reports were true and that Soubrier was giving players codeine without a prescription, which violates state and federal laws and the league’s policy. In one instance, he gave a player a controlled substance without her informed consent. Soubrier was placed on paid administrative leave in December.

Brown also reported herself to the league for providing Soubrier with a controlled substance to use for a player. She said she was uncomfortable with her action and took back the substance. The league found that Brown did not violate any laws or the league’s policy and that she will be “subject to increased oversight.”

Thorns’ head coach Rhian Wilkinson resigned from her position in December, a month after she led the team to the NWSL championship, citing mutual feelings between her and a player, which she did not act on. The club named assistant coach Mike Norris as her replacement earlier this month.

The NWSL also completed its investigation of former Washington Spirit head coach Kris Ward, who was fired in August ahead of the conclusion of the 2022 season. That month, the team brought a report that Ward had verbally and emotionally abused a player. The league’s investigation found that the coach “engaged in excessively aggressive behavior and harassment through negative racial stereotyping towards a player in violation of league policy.”

Last fall, US Soccer released the findings of an investigation into women’s soccer that showed “systemic” abuse. A joint investigation between the NWSL and NWSLPA released in December said that found “widespread misconduct” in women’s soccer. The league took action, banning four coaches for life and handing out hefty finesincluding one of $1 million to the Thorns.

The league has been under scrutiny for much longer than Thorns players Sinead Farrelly and Mana Shim issued a report in September 2021 of abuse from former coach Paul Riley, citing incidents occurring as far back as 2015. Riley was terminated from his position with the North Carolina Courage after the news broke. Alex Morgan and Abby Wambach, among others, spoke out against the league, saying that similar reports occur frequently and are ignored or mishandled. The league canceled a weekend of games amid the reports.