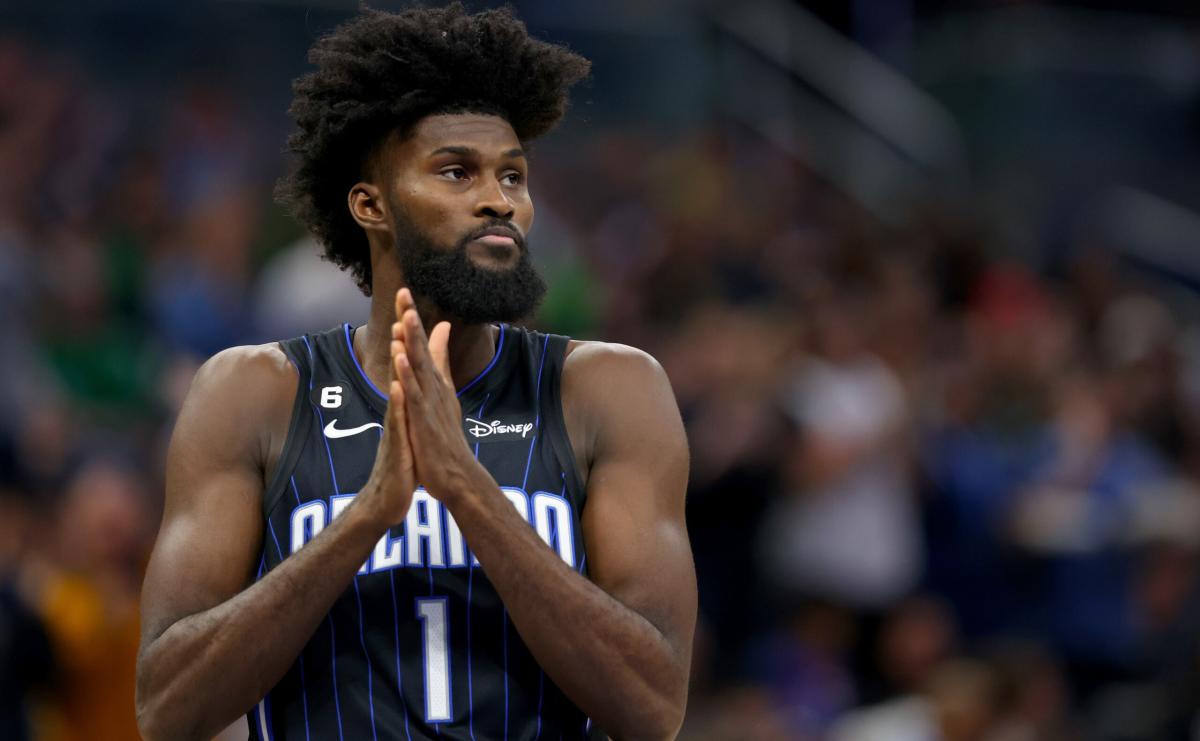 ORLANDO, Fla. — Jonathan Isaac had only played with three players currently on the team Orlando Magic roster, but that all changed on Monday as the sixth-year forward made his long-awaited return.

Isaac stepped onto an NBA court with the Magic for the first time since suffering a torn ACL in his left knee on Aug. 2, 2020. After several setbacks along the way, and some 904 days later, Isaac was cleared to suit up in a regular season game.

Finally, at the 7-minute mark of the first quarter, Isaac checked in.

He quickly went to work, scoring on a turnaround jumper 38 seconds later for his first points of the game. In all, Isaac recorded 10 points, three rebounds, two steals and one assist in 9 minutes and 36 seconds of work in the 113-98 win over the Boston Celtics.

Isaac was grateful to finally get back onto the court.

It has been such a long road, thinking about all that it has taken to get here. The good days, the bad days and the ups and downs. All of the people who were getting me back — the trainers, our coaches, my family, my church family and my faith. Obviously, the adrenaline and everything that’s going on and just trying my best to stay grounded. Much love to the Magic for sticking with me and the Magic fans were excited so (I) just tried to bottle all of that up in one moment. It was surreal.

The former sixth pick was on a heavy minute restriction entering the contest. Magic coach Jamahl Mosley estimated Isaac would play about 8-10 minutes, and monitor him throughout the game. He played in two stints, each about midway through the first and third quarters.

To prepare, Isaac appeared in three games with the Lakeland Magic in the G League. He averaged 15.7 points, 6.7 rebounds, two assists and two blocks in 17.7 minutes per game. The team ramped up his playing time each game with Isaac logging 22 minutes in his final game on Saturday.

That time in Lakeland, Mosley said, helped Isaac for Monday.

I thought he did a great job playing with a level of poise. I think that was the importance of getting that G League time. Obviously, there were a ton of emotions, and rightfully so. I thought he was great with the way he handled himself and, defensively, his ability to get after the ball. Then, offensively, just taking his time and not trying to rush many things.

Although Isaac hadn’t played with the majority of the roster, the 25-year-old was close to the entire team off the court. They have a tight bond together and that starts with Isaac, who is the second-longest tenured player on the team.

Isaac is often the one encouraging everyone, either through texting or other messages of positivity. Those moments have had a lasting effect on the team.

“Since I got drafted, Jonathan was one of the first guys to text my phone after I was drafted here,” Paolo Banchero said. “He has been a huge leader in the locker room for everyone, a positive voice — sending messages to the group chat all season. Just all of the little things he does as a teammate. To see him on the court after it has been so long and get the love from the fans and be able to get a couple of buckets, a steal and play the game was awesome to see.”

Being out that long can definitely be frustrating and I know he probably felt like he could have come back sooner. He has just been super supportive of the team as a whole. He watches all of our games, hits us when we’re playing well. He has hit me a few times when I’ve played bad just to try to cheer me up. He is just overall a great locker room guy and a pleasure to have as a teammate.

Magic players and the coaching staff each wore specially designed shirts with Isaac’s No. 1 on them. He was also welcomed into the locker room following the game with a water shower, and arrived at his postgame press conference still wet.

It is a night that Isaac probably won’t forget for a long time.

“I believe that I have my teammates’ respect for the way I’ve tried my best to walk out of these two years of being away,” Isaac said. “They’re happy for me and I appreciate it. I was the same way when someone else that was injured was coming back, I tried my best to be extremely happy for them and get in on everything that was going on. To have it come full circle and them do it for me, it’s fantastic.”

LeBron James praises No. 1 pick Paolo Banchero: ‘He has been exceptional’