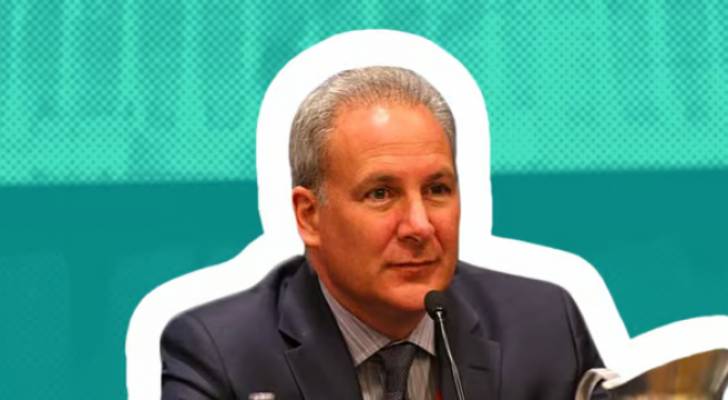 A ticking time bomb in the US economy is running dangerously close to detonation.

Long considered a harbinger of bad luck, Friday, Jan. 13 came with a warning for Congress that the country could default on its debt as soon as June.

With the US reaching its debt limit of $31.4 trillion on Jan. 19, Treasury Secretary Janet Yellen urged lawmakers to increase or suspend the debt ceiling.

Her plea was taken by Peter Schiff, famous investor and market commentator, as an “official admission that the US is running the world’s largest Ponzi scheme.”

A political stand-off over the debt ceiling has been raging since Republicans regained control of the House of Representatives in the 2022 midterm elections.

President Joe Biden beseeched Congress not to hold the item hostage, suggesting a default could be “calamitous”.

His warnings hit deaf ears in the case of opposing Republicans, who are using their votes on an extension as leverage to seek spending cuts.

The Treasury can use “extraordinary measures” in the coming months to cover its many financial obligations, including Social Security and Medicare disbursements, but these emergency funds are limited.

At the end of the day, the US simply must borrow more money, as it has done many times before.

Congress has set the limit for federal borrowing since 1917, raising it over time as government spending and borrowing needs have increased.

“The US Treas. Sec. has admitted the only way to avoid a default on the National Debt is to raise the #DebtCeiling so the Govt. can borrow from new lenders to repay existing lenders,” Schiff, CEO and chief global strategist at Euro Pacific Capital, tweeted on Jan. 16. “This amounts to an official admission that the US is running the world’s largest Ponzi scheme.”

In his podcast, Schiff claimed the US government is in a doom spiral where it cannot pay its current lenders back, so it borrows from new lenders over and over again.

“Why do people willingly participate? It’s because they don’t realize it’s a Ponzi scheme,” Schiff says. “They think they’re going to get paid back. When they realize they’re going to be paid back in monopoly money, they’re not going to want to lend.

“In fact, they’re not going to want to hold on to these Treasuries and the only buyer is going to be the Federal Reserve. And that’s when the printing press is going to overdrive and the dollar is going to fall through the floor.”

As Congress fights over the debt ceiling extension, US credit rating and financial markets are at risk – but here are three assets that Schiff likes as hedges against economic volatility.

READ MORE: The best investing apps of 2023 for ‘once-in-a-generation’ opportunities (even if you’re a beginner)

Schiff has long been a fan of the yellow metal.

“The problem with the dollar is that it has no intrinsic value,” he once said. “Gold will store its value, and you’ll always be able to buy more food with your gold.”

As always, he’s putting his money where his mouth is.

In fact, Barrick was the firm’s top holding, representing 6.8% of its portfolio. Agnico and Newmont were the third and sixth-largest holdings, respectively.

Gold can’t be printed out of thin air like fiat money, and its safe-haven status means demand typically increases during times of uncertainty.

Dividend stocks offer investors a great way to earn a passive income stream, but some can also be used as a hedge against recessions.

Case in point: The second-largest holding at Euro Pacific is cigarette giant British American Tobacco (BTI), accounting for 5.3% of the portfolio.

The maker of Kent and Dunhill cigarettes pays quarterly dividends of 73 cents per share, giving the stock an attractive annual yield of 7.01%.

Schiff’s fund also owns over 157,766 shares of Philip Morris International (PM), another tobacco king with a dividend yield of 5.1%. The Marlboro cigarette producer is Euro Pacific’s seventh-largest holding with a portfolio weighting of 3.5%.

The demand for cigarettes is highly inelastic, meaning large price changes only induce small changes in demand — and that demand is largely immune to economic shocks.

If you’re comfortable with investing in so-called sin stocks, British American and Philip Morris might be worth researching further.

Those looking to take control of their investments should certainly explore online trading platforms. The best sites offer resources and tools to help investors make informed decisions as they build and manage their investment portfolios.

When it comes to playing defense, there’s one recession-proof sector that shouldn’t be overlooked: agriculture.

Schiff doesn’t talk about agriculture as much as precious metals, but Euro Pacific does own 124,818 shares of fertilizer producer Nutrien (NTR).

As one of the world’s largest providers of crop inputs and services, Nutrien is positioned solidly even if the economy enters a major downturn. In the first nine months of 2022, the company generated record net earnings of $6.6 billion.

Given the uncertainties facing the economy, investing in agriculture could give risk-averse investors peace of mind.

What to read next

This article provides information only and should not be construed as advice. It is provided without warranty of any kind.