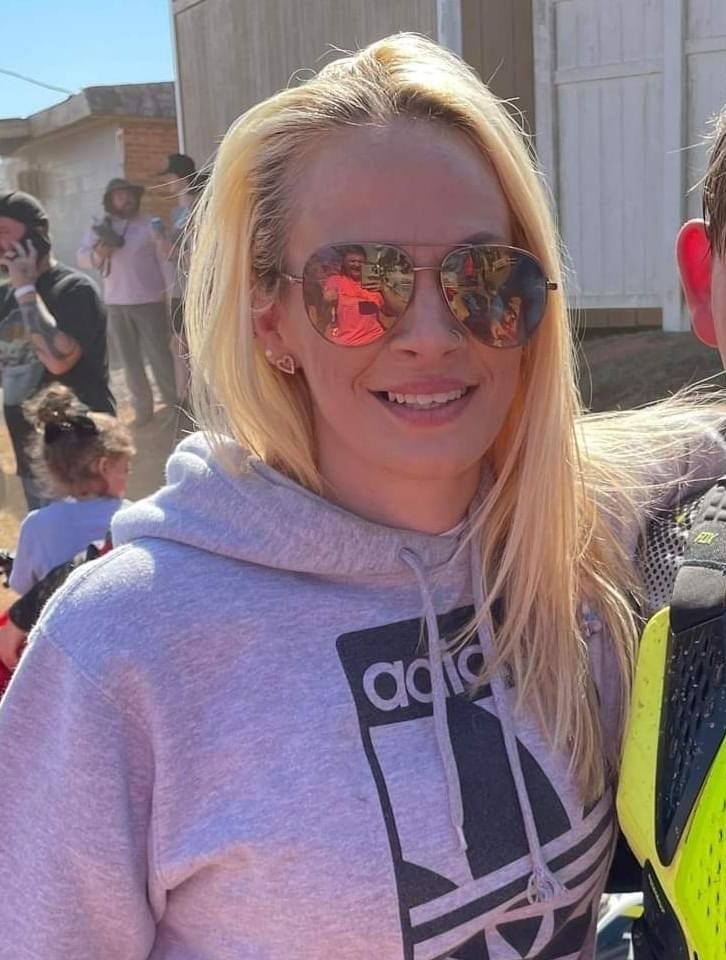 Timothy Parson was twice arrested and accused of assaulting Ashley Scoggins, a woman he now stands accused of killing.

Parson, 37, of Gastonia, faces a charge of first-degree murder in the death of Scoggins. He remains in Cleveland County Jail without bond following his arrest Thursday, Jan. 19.

He is accused of stabbing Scoggins at the Silver Express on East King Street in Kings Mountain just before 7:45 pm on Tuesday, Jan. 17.

An employee at the Silver Express, who declined to be named, said that Scoggins had been in his store for around a minute when Parson entered the store, following her in.

The clerk hit the panic button, but what happened next happened so quickly that the police didn’t have time to get there.

Scoggins went to the back of the store, and Parsons followed, stabbing Scoggins in the chest. She ran outside, then back in, and store employees realized she was bleeding.

After stabbing Scoggins, “he casually walked out like he didn’t have a care in the world,” the man said. “It all happened within three minutes.”

Parson had been threatening to kill Scoggins for over a year at the time of her death. In December, she was granted a domestic violence protective order against him. That order was her second, and she asked for it after the first one, which she was granted in November 2021, expired.

But based on police reports and court records, Parson had been abusing Scoggins for years.

The earliest charge against Parson that involved Scoggins was in 2018. According to a warrant for Parson’s arrest, on Aug. 23, 2018, Parson grabbed Scoggins by the hair and punched her in the face.

Scoggins later asked for the charge against Parson to be dismissed, according to a handwritten note scrawled on the warrant.

In 2021, police were called to 700 Vance Street, where Parson and Scoggins lived, three times.

On June 5, 2021, Scoggins reported that Parson grabbed her by her mouth and face and shoved her against a wall and to the floor, leaving her with a split lip and scratches.

According to court records, the February incident did not yield charges, but the June 5 incident did. Parson was charged with assault on a female, but that charge was later dismissed. In that case also, a court official noted that Scoggins did not want to proceed with the case.

Tara Joyner, the executive director of Hope United Survivor Network, a community collaborative that aids survivors of domestic violence, said that there are multiple factors, including financial insecurity or fear of homelessness, that might cause a victim to decide not to proceed with charges against his or her abuser.

“I do think that it is not uncommon when you have an incident that involves somebody that you love,” Joyner said.

She said that protective orders, in which a judge orders abusers to stay away from those they abused, are only as strong as abusers allow them to be.

“They are the only ones who control whether or not they obey court orders,” she said.

Parson was not charged in an incident in which, according to a motion for a domestic violence protection order, he hit Scoggins with his car while she was riding a bicycle.

“I kept saying he was trying to kill me,” Scoggins wrote. “Police came to the hospital. From this, my head was bleeding and I have a knot. I have scrapes and bruises all over my body. I also suffered a concussion and have to wear a neck brace and an arm sling.”

In a police report of the incident, an officer with the Gastonia Police Department wrote that he did not think the collision was intentional.

The officer wrote that Parson was not paying attention when he collided with Scoggins, adding that Parson was trying to talk to Scoggins and that the two had been arguing earlier that day.

Parson was previously convicted on felony charges, but those charges do not seem to relate to domestic violence.

Scoggins was a mother of two children, ages 11 and 3, and as a stay-at-home mom, she was devoted to them, according to her aunt, Renee Costner.

“She was a loving daughter and sister. She’s going to be very missed,” Renee Costner said. “I don’t think he has a clue what he’s done.”

Scoggins’ relationship with Parson was shrunk her world, according to her family. He was possessive and controlling, and while she was with him she had no car, no job, and he wouldn’t even allow her to have a Facebook account, said her grandmother, Nancy Costner.

Nancy Costner gave Scoggins a place to live after she left Parson. Scoggins and Parson lived together for around six years before their break-up, Nancy Costner said.

“I would like to see him behind bars because of what he did,” she said. “He’s told me to my face, he blames me.”