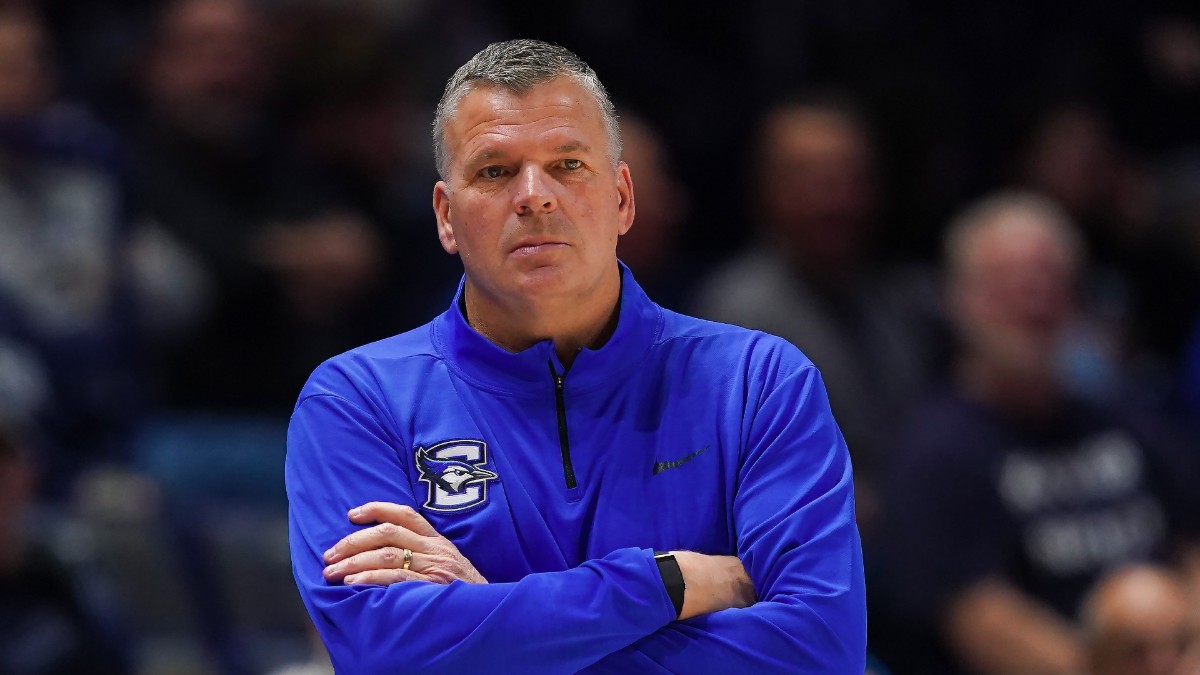 When I did my first conference-wide check-in on the Big East, Creighton and Providence had very different outlooks than they do now.

Back on December 19, Creighton had the second-best odds to win the Big East title and were often seen as a Final Four-caliber team on a cold streak.

At the same time, Providence was +3000 to win the conference and did not have a notable win to its name.

Turn the calendar and things have shifted. Providence is 6-0 in the conference, with its Big East title odds down to +650. Creighton is just 3-3 in conference and 9-8 overall, with the reality of the bubble creeping on the horizon.

A game in Omaha could continue the status quo or totally flip this narrative and re-write the trajectory of both the Friars and Bluejays by the time the final buzzer sounds Saturday afternoon.

A year after Ed Cooley’s Friars won the Big East regular season title by improbable means, most expected some serious regression from Providence this year.

Just as they did all last season, the Friars laughed in the face of regression and are red hot.

How did Ed Cooley keep his team competitive year-over-year despite key departures and all the analytical evidence for regression? He hit three home runs in the transfer portal.

Bryce Hopkins couldn’t find the court as a freshman at Kentucky last season, but is now the focal point of the Providence offense. He’s shown every bit of the talent that earned him big time pedigree as a recruit in high school. There are plenty of Kentucky fans wishing he was still wearing blue in Lexington.

Noah Locke was a bit of a forgotten name after bursting on the scene at Florida back in the fall of 2018. He averaged between 9.4 and 10.6 points per game over a four-season stretch with the Gators and Louisville, with completely flat rebounding, assists and shooting numbers, as well.

Locke is bringing that same consistency to Providence, but by doing so, he fits perfectly as a shooter and secondary creator behind Hopkins and All-Big East guard Jared Bynum.

Finally, Devin Carter was a nine point per game scorer in the SEC last season. He now adds 13.2 points and 2.0 steals per game for the Friars’ backcourt this year.

Providence hasn’t lost a game since November, even winning its last two without Bynum.

The days of doubting Cooley in the Big East are behind us.

The Bluejays may well be the weirdest team in college basketball.

Creighton started with six wins in a row, then lost six in a row, then won three in a row and now it has dropped two more. It’s been an up and down roller-coaster for Greg McDermott and crew, with each game presenting some wildly different experiences.

Creighton has two losses in which it attempted just five total free throws, but also lost while shooting a season-high 32 free throws against BYU.

On paper, McDermott’s roster makes so much sense offensively. His starting lineup is peppered with players who can affect the game in unique ways that would seemingly play well together.

Our sample size is now big enough to see that’s not always the case.

Who is Creighton’s “go-to-guy” in crunch time? Against Xavier, with a chance to tie or take the lead, it was Baylor Scheierman softly flailing on a drive into the paint.

Without an answer to that question, Creighton can certainly win games, but getting buckets in the closing moments will be a question mark. That can’t be the case for a team that’s supposed to make its name on the offensive end of the court.

Creighton’s record is just 9-8, but by any analytical metric, the Bluejays are a top-25 team in college basketball.

Pick your favorite model — KenPom, T-Rank, EvanMiya — they all have Creighton as a top-20 team, even with that record.

In fact, Creighton’s record is a major outlier. The Bluejays aren’t just KenPom’s highest-rated eight-loss team (at 19th), they are the only eight-loss team in the top 50 by his metrics.

What do we do with this information?

At a certain point, we trust the numbers and expect Creighton to turn efficient on-court play into wins, especially at home. That’s scary to trust blindly, particularly against Cooley and his magic, number-busting Friars.

On the court, however, Creighton should be in a position to succeed. Ryan Kalkbrenner is an elite rim protector and will make life difficult for the Friars in the paint.

He could be the difference-maker in a Bluejays win.

How would you rate this article?

This site contains commercial content. We may be compensated for the links provided on this page. The content on this page is for informational purposes only. Action Network makes no representation or warranty as to the accuracy of the information given or the outcome of any game or event.