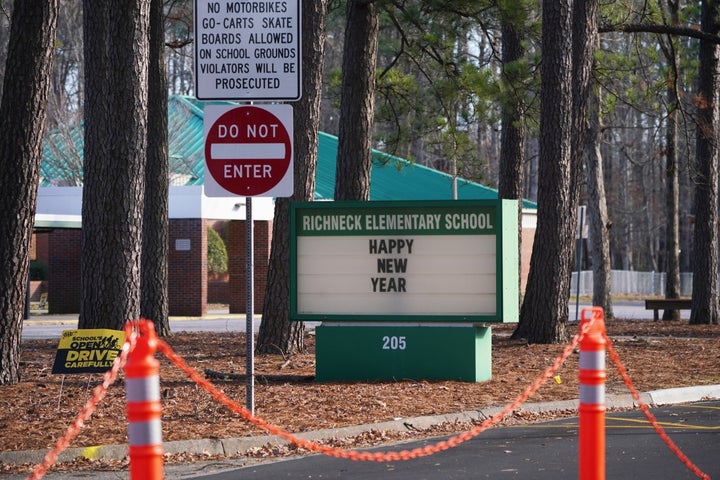 Lawyers for the Virginia teacher who was shot in the chest by a 6-year-old student say school administrators were warned three times that the boy had a gun and was threatening other students.

Diane Toscano, a lawyer for 25-year-old Abigail Zwerner, said during a news conference on Wednesday that on Jan. 6, the day the shooting occurred at Richneck Elementary School in Newport News, teachers and employees warned administrators three times that the boy had a gun on him and was threatening other students.

“On that day, over the course of a few hours, three different times, school administration was warned by concerned teachers and employees that the boy had a gun on him at the school and was threatening people,” Toscano said. “But the administration could not be bothered.”

Toscano went on to say that the tragedy was “entirely preventable” and alleged that school administrators failed to act when they had knowledge of imminent danger.

The first time the administrators were warned, Toscano said, was at around 11:15 am, when Zwerner told a school administrator that the 6-year-old had threatened to beat up another child.

“They didn’t call security, they didn’t remove the student from the classroom, and the school administration failed to act,” Toscano said.

Then, at around 12:30 pm, Toscano said that another teacher went to a school administrator and told them that she had taken it upon herself to search the bookbag of the boy who was suspected of having brought the gun to school.

“The teacher then tells that same administrator that she believes the boy put the gun in his pocket before going outside for recess,” Toscano said. “But the administration could not be bothered.”

“The administrator downplayed the report from the teacher and the possibility of a gun saying, and I quote, ‘Well, he has little pockets,'” she said, adding that school administrators did not call police over a report of a potentially armed student . “This is outrageous. … The school administrator failed to act and protect the school.”

Shortly after 1 pm, Toscano said a third teacher told administrators of a boy who was crying in fear after the 6-year-old suspect had shown him the gun at recess and threatened to shoot him if he told anyone.

“When a fourth employee who heard about the danger asked the administrator for permission to search the boy, he was denied,” the lawyer added. “He was told to wait for the situation out because the school day was almost over.”

Superintendent George Parker III did not immediately respond to a request for comment but previously told the Associated Press that at least one administrator was told on the day of the shooting that the boy might have had a weapon. However, no weapon was found when the backpack was searched.

On Wednesday evening, the Newport News School Board voted to replace Parker amid criticism from parents and students over the shooting incident.

The board voted 5-1 in favor of the separation agreement and severance package that will take effect Feb. 1, the Washington Post reported.

On Tuesday, Toscano announced that her firm had sent a notice to the Newport News School Board of the intent to file a lawsuit on Zwerner’s behalf.

“It was preventable, and thank god Abby is alive,” Toscano said. “Had the school administrator acted in the interest of teachers and their students, Abby would not have sustained a gunshot wound to the chest.”

The lawyer also confirmed that Zwerner is at home recovering and “gaining strength every day” but that the “road to recovery will be long, and as her physical condition improves, the psychological wounds cut deeply and remain fresh. The psychological scars will be lasting .”

The Newport News police chief announced earlier this month that the gun used to shoot Zwerner legally belonged to his mother.

Last week, the 6-year-old’s family released their first public statement about the shooting, saying they were responsible gun owners.

“The firearm our son accessed was secured,” they said in a statement to BuzzFeed News through their attorney, James Ellenson.

Their son, who they said has an “acute disability,” was under a care plan that included one of his parents being in class with him every day. The week the shooting happened was the first week neither parent accompanied him in class, they said.

“Additionally, our son has benefitted from an extensive community of care that also includes his grandparents working alongside us and other caregivers to ensure his needs and accommodations are met,” the family said. “The week of the shooting was the first week when we were not in class with him. We will regret our absence on this day for the rest of our lives.”

The Newport News School Board is slated to hold a special meeting on Wednesday about the incident.