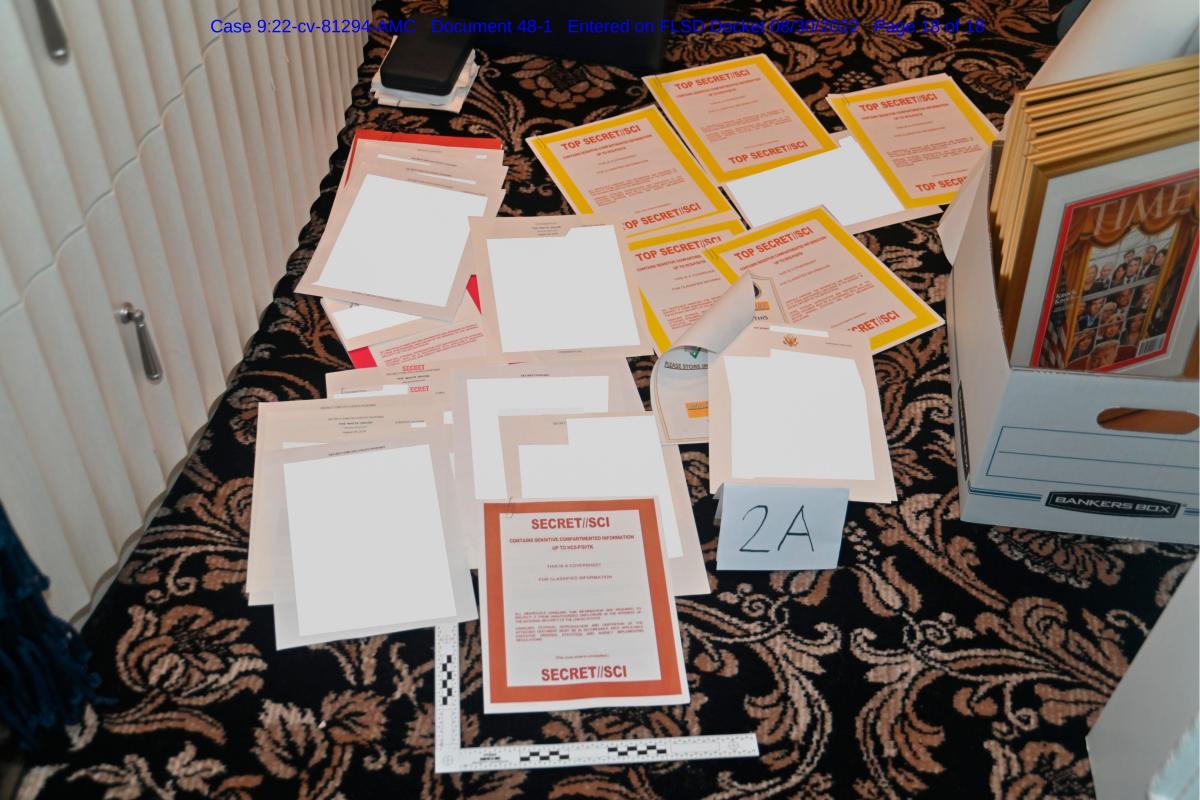 A second set of classified documents discovered by aides to President Joe Biden were recovered in the garage of his Wilmington, Delaware, home, the White House confirmed Thursday.

The records were recovered after Biden’s lawyers conducted searches of the president’s two Delaware residences following an initial discovery of classified records at a former Biden office in Washington, DC, in November.

“During the review, the lawyers discovered among personal and political papers a small number of additional Obama-Biden administration records with classified markings,” said Richard Sauber, a special counsel to the president. “All but one of these documents were found in storage space in the President’s Wilmington residence garage. One document consisting of one page was discovered among stored materials in an adjacent room.”

The new set of documents, described as a small number, were returned to the National Archives and the Justice Department was alerted, Sauber said.

Biden, briefly addressing questions Thursday morning, downplayed the significance of the new disclosure, saying his Corvette is also stored in the locked garage.

He reiterated that he is fully cooperating with DOJ’s review. “As part of that process, my lawyers reviewed other places where documents … from my time as vice president were stored, and they finished the review last night. They discovered a small number of documents with classified markings in storage areas and file cabinets in my home and my personal library.”

Sauber said officials were continuing to cooperate with a Justice review headed by Chicago US Attorney John Lausch, Jr.

Attorney General Merrick Garland, who has been briefed on Lausch’s review, was set to make a statement later Thursday.

The Lausch review is expected to aid the attorney general in determining whether there is a need for the appointment of a special counsel to further investigate the matter.

The discovery of the documents prompted immediate comparisons to caches of classified documents recovered at former President Donald Trump’s Florida home, although the episodes are marked by key differences.

Trump had repeatedly resisted efforts by the National Archives to recover the material, including failing to fully respond to a subpoena issued for the records by federal law enforcement authorities, prompting the FBI to lead an unprecedented search of Trump’s Mar-a-Lago estate, resulting in the seizure of the classified documents and thousands of other government records.

In November, Garland appointed a special counsel to oversee Trump’s handling of the documents, as well as a separate inquiry into efforts to thwart the transfer of power to Biden in 2021.

In the Biden case, the White House has maintained that the small number of documents were immediately returned to the archives.

“The documents were not the subject of any previous request or inquiry by the archives,” Sauber said earlier this week, highlighting the differences between the Biden case and Trump’s resistance to return the caches of documents he had moved to Mar-a-Lago.

Republicans, however, are raising increasing calls for the appointment of special counsel.

House Speaker Kevin McCarthy reiterated that demand Thursday, suggesting that Garland should apply the same standard in the Biden case for a special counsel appointment.

“It has to be equal,” McCarthy said.

Biden ‘surprised’ by documents: Biden says he was ‘surprised’ government records had been found in a private office, doesn’t know what’s in them