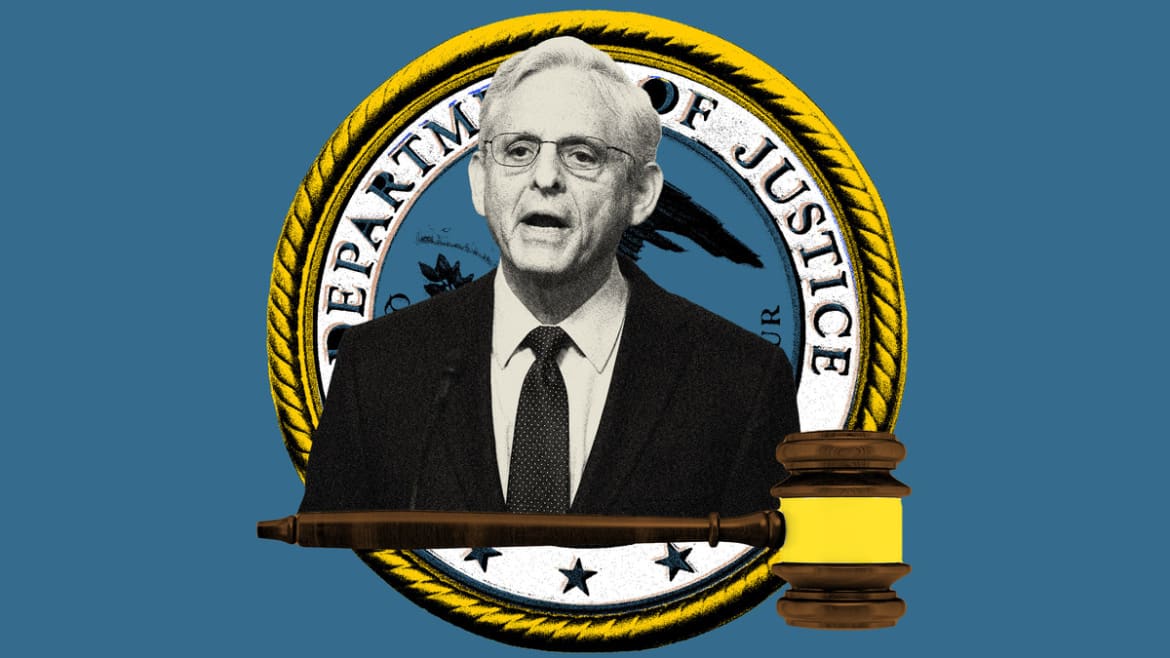 Attorney General Merrick Garland probably did not need to appoint a special counsel to investigate the discovery of a small number of classified documents dating from President Biden’s tenure as vice president—but his decision will ultimately frustrate Republican efforts to weaponize Congressional oversight hearings.

The Justice Department’s special counsel regulations require the Attorney General to first determine that a “criminal investigation of a person or matter is warranted” before appointing a special counsel—and such a determination would seem unjustified, at least from publicly known facts.

Garland also reminded the American public today that he fully believes DOJ would be capable of investigating any matter with independence and integrity, but this is the second time in less than two months that Garland has appointed a special counsel.

The facts surrounding Garland’s appointment of Jack Smith to investigate Trump’s classified documents found at Mar-a-Lago and his ties to Jan. 6 seem so different from the discovery of a small number of classified documents at President Biden’s former private office (and also at his Wilmington, Delaware residence) that the appointment of Robert Hur to investigate the Biden matter seems hard to justify–at least from the outside looking in, without the benefit of what Garland may have learned from the preliminary investigation that had been conducted by a Trump hold-over prosecutor.

But Garland’s decision may have also been influenced by his time as a top DOJ official during the tenure of Attorney General Janet Reno, when a different law existed for appointing special counsels – known under the law then as Independent Counsels – that expired in 1999.

Recall that Reno ultimately appointed seven independent counsels to investigate various officials and cases during the Clinton administration, including the notorious one led by Ken Starr that fueled impeachment proceedings against President Clinton.

Under the law in effect during Reno’s tenure, the Attorney General was tasked to do a preliminary investigation to determine whether the appointment of an Independent Counsel was necessary. These investigations could be extensive. The preliminary investigation conducted into campaign finance laws Vice President Gore had potentially violated required an appointment of an Independent Counsel and took thousands of hours.

No such preliminary investigation is specified under the current DOJ regulations, but Garland had appointed a Trump hold-over United States Attorney – John Lausch – to conduct an initial investigation, and referenced Lausch’s recommendation as the basis for his decision to appoint a special counsel to investigate the actions of a sitting President.

Ironically, the Clinton era law had been championed by President Clinton – and initially supported by Reno – because Clinton believed the law would be a “foundation stone for the trust between the Government and our citizens.” It is dismissed notions that the law had been a “tool of partisan attack … and a waste of taxpayer funds” – words Clinton no doubt rued later in his Presidency.

AG Reno ultimately withdrew her support for the law, testifying to Congress that the law had been destroyed by being “plunged into the political process.”

AG Garland’s two back-to-back decisions to appoint special counsel must be viewed with the context of his formative experience at the Clinton-era DOJ under Reno, who was the only attorney general throughout Clinton’s presidency. Garland would have seen both the heady idealism underlying the old law, as well as how far off the rails it would go when wielded by partisan personalities like Ken Starr.

Then as now, Republican members of Congress sought to attack a Democratic administration calling the failure to prosecute such issues as Vice President Gore’s fundraising actions a “cover-up” and calling for Congressional investigations.

But the legion of Independent Counsels during the Clinton era also served as a bulwark against partisan abuse of Congressional oversight, because the investigations shielded the work of prosecutors from Congress.

Certainly, Garland’s decision to appoint a special counsel to investigate the Biden document matter can be second-guessed by those of us who do not have knowledge of what the preliminary investigation showed. And many will rightfully criticize the parallel this sets up between Trump’s actions and Biden’s actions. But what cannot be debated is that by appointing a special counsel Garland has provided the best protection possible from partisan weaponized use of Congressional investigations that are promised by the new Republican led House of Representatives.

The newly formed Select Committee under the House Judiciary Committee will find its efforts to “oversee”—read: interfere with—active criminal investigations thwarted by the existence of an active Special Counsel investigation given DOJ’s historic resistance to speak about active investigations.

Grand jury work – typically a part of almost every criminal investigation – will provide further protection since it is governed by rules of secrecy that prevent the government from speaking about the matters before it.

In contrast, if Garland had simply exercised his authority and determined that no special counsel criminal investigation was warranted, then House Republican investigations would have had greater leverage, since they would have been seeking to investigate a closed matter.

Now those House members will be left only with such legitimate oversight questions, like whether there is proper classification of documents and just how up-to-date the National Security apparatus is at tracking the massive amounts of classified information it generates. Important questions for sure, but hardly as attractive to a Republican House more interested in accusations than governance.

Read more at The Daily Beast.

Get the Daily Beast’s biggest scoops and scandals delivered right to your inbox. Sign up now.