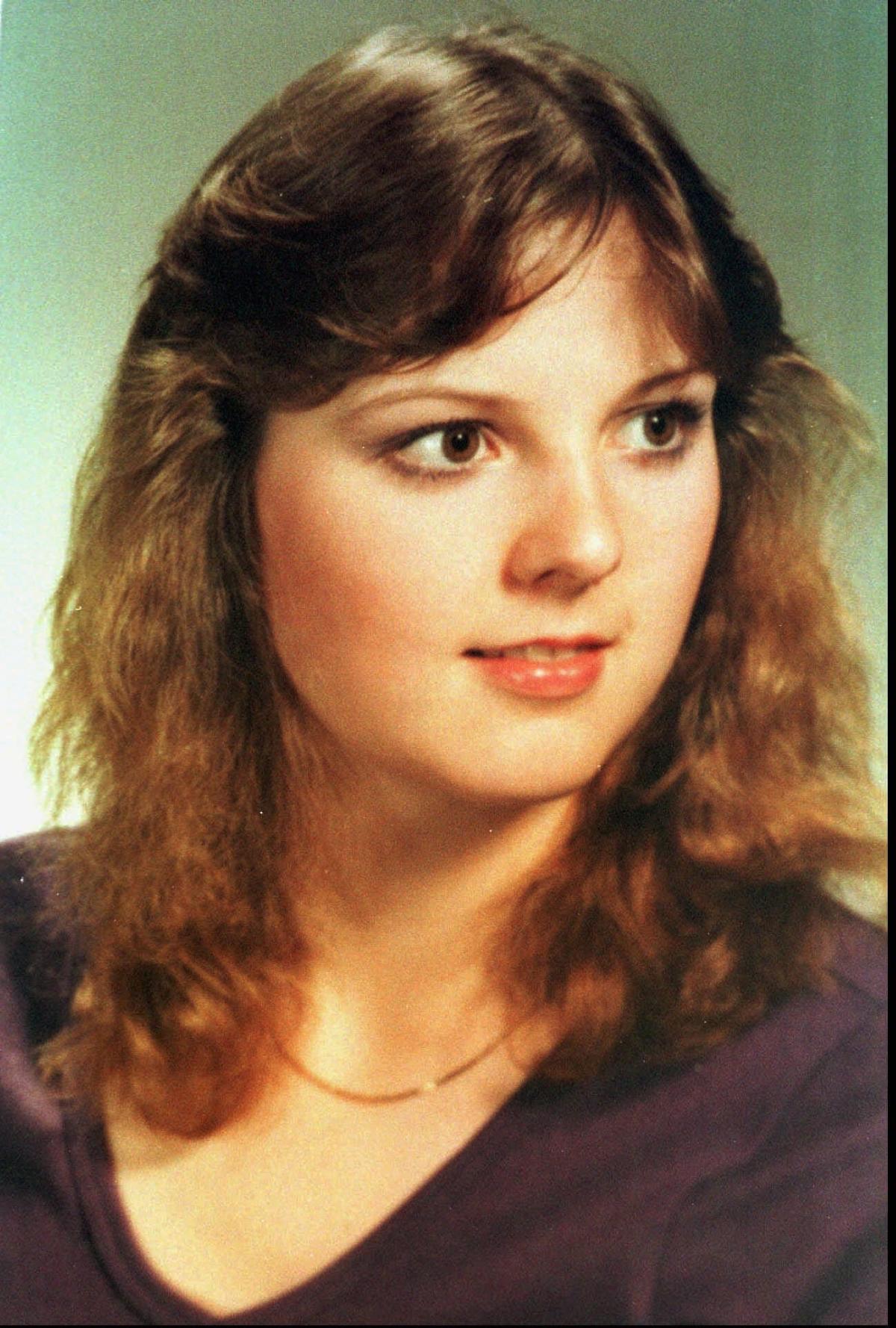 The audiotaped confession of Ed Laraby was gruesome and, for any listener, grueling.

It was especially so for Rachel Rear, whose stepsister, Stephanie Kupchynsky, was brutalized and strangled by Laraby, a sociopath whose life was one of horrific sex crimes. But Rear felt that she could not tell the full story of the life and death of Kupchynsky unless she listened to Laraby’s confession, recorded in 2012 by Greece police investigators.

“I do feel that Stephanie’s death is a part of her life story,” Rear said in a recent telephone interview. “… Not that I want to speak for her, but I do think she would want to tell that story if she could.”

The story of Laraby’s confession comes near the end of Rear’s nonfiction book, “Catch the Sparrow: A Search for a Sister and the Truth of Her Murder.” Released this year, the book from Bloomsbury Publishing is a true-crime saga that is as much an emotional and psychological journey for Rear, untangling the life and murder of a stepsister whom she never met, as it is a revisiting of the homicide investigation.

The book and its story have taken a turn Rear could not foresee: Laraby, the murderer, is now a central figure in the current trial of James Krauseneck Jr., who is accused of killing his wife, Cathleen, with an ax blow to her head in 1982. Krauseneck’s defense is contending that the Brighton police ignored Laraby was a suspect in 1982even though he lived minutes from the Krauseneck home and was known for his sordid sex crimes.

“Stephanie’s name is back in the media because of Krauseneck’s trial,” Rear said. “… It’s fascinating that (Laraby’s) energy, his dark energy, is still persisting years after his death.”

Laraby died in 2014 in prison after admitting to the murder of Kupchynsky, whose remains were not found for almost seven years after she disappeared from her Greece apartment complex in 1991. In exchange for the confession, Laraby, who suffered from Lou Gehrig’s disease, was buried off of prison grounds.

Laraby also claimed to have committed other killings and crimes, including the homicide of Cathleen “Cathy” Krauseneck. Prosecutors and police maintain that the confession to Kupchynsky’s murder was laden with facts that only the killer could know, while other alleged admissions were missing or wrong on significant details and were an effort by Laraby to try to secure more promises from law enforcement.

“In early 2014 Laraby confessed from his deathbed to the 1982 ax murder of Cathleen Krauseneck in Brighton, but the details didn’t line up,” Rear writes in “Catch The Sparrow.”

At Krauseneck’s trial, prosecutors will contend much the same to try to refute allegations that Laraby was the Brighton killer. Also, as Rear wrote, the murder did not include Laraby’s usual sexual barbarism.

Defense lawyers say Laraby was then on a chemical castration drug as part of his probation ― medication that would have prompted him to act out violently in other ways. And his worsening illness, coupled with three decades between the Brighton killing and his confession, explain why he erred on some details, defense lawyers say.

Rachel Rear felt an almost spiritual connection to her stepsister that is at the heart of her book, even though the two never met. Rear’s mother married her stepfather ― Kupchynsky’s father ― after Stephanie disappeared.

“There was a weird twinning that I felt with her, that we were somehow psychically connected,” Rear said. “I know it sounds a little woo-woo. There was some kind of draw for me to her.”

It wasn’t long after the marriage of Rear’s mother to Stephanie’s father when Kupchynsky’s remains were found by two boys in Orleans County as they were fishing in a stream.

“When they got married, she was still missing,” Rear said. “I was like, ‘Where is she?’ Then I was around for the aftermath of her remains being found. It was always really present for me.”

A writer, teacher and actor, Rear decided that their connection, and the story of Kupchynsky’s life and homicide, should be the focus of a book. She struggled with how best to present the narrative, sometimes buoyed and sometimes burdened by their odd kinship, and was ultimately helped by a strange career twist: She got roles with re-enactments in televised true-crime stories from Investigation Discovery.

Before, she had not paid much attention to the world of true crime.

“I wasn’t really sure what form (the book) would take,” Rear said. “Landing in these true-crime re-enactment TV shows reminded me that true crime was even a genre. It was a genre that wasn’t in my focus at all before that.”

In year essay for the online “Literary Hub” publicationRear wrote of the evolution from true-crime actress to true-crime author: “I began to think that when we hear about a life cut short, we seek to make meaning of it, and if memorializing a murder victim by unflinchingly, honestly telling their story can offer an audience any glint of understanding of this chaotic, dangerous world, I believe it is a story of value.”

Rear began to digest nonfiction crime books, including Robert Kolker’s critically acclaimed, “Lost Girls” about the unsolved homicides of sex workers in Long Island. Kolker, who Rear said became a mentor and friend, wrote as a blurb that “Catch the Sparrow” is “true crime at its most personal and purposeful ― heartfelt and intimate, noble and determined, meticulous and brave.”

Eventually Rear found her path and structure, and recounted her own history of physical childhood abuse and later sexual assault. Those incidents are briefly mentioned in the book, yet resonate with a power that reminds of the dangers women have constantly faced in society. In the telephone interview, Rear said that many women live in what Kolker, speaking of the victims and families in “Lost Girls,” calls “a community of suffering.”

“There was this deep well of pain within me,” Rear said. “It’s like when the ‘Me Too’ movement happened, and men were like, ‘What, this happens to all of you?’ “

Rear’s book also details the investigation into Kupchynsky’s disappearance and death, crediting Greece police who would not let the case languish and who finally secured Laraby’s confession. She also provides some of the tortured history of the once scandal-ridden Greece police department.

District Attorney Sandra Doorley also gave Rear access to voluminous case files, and the taped confession, which was not released publicly. Laraby was set to be tried for Kupchynsky’s murder ― a refusal to plead guilty allowed him occasional trips outside of prison ― when he died.

Rear said she felt that Doorley felt a “burden” lifted, knowing that the story of Kupchynsky could now be told.

“She told me the whole story without me even asking a question,” Rear said of her first meeting with Doorley.

Asked about her cooperation with the book, Doorley said, “With Laraby’s death, Stephanie’s story wasn’t told. It needed to be. She shouldn’t be forgotten.”

“Catch the Sparrow” also weaves in other tales of Rochester’s criminal past − the home of Hillside Strangler Kenneth Bianchi, serial killer Arthur Shawcross, and the unsolved Double Initial murders among them.

While visiting the Rochester region, Rear also learned of the 1978 Holiday Inn fire in Greece that killed 10 people ― an inferno that many believe was arson. Rear is now researching the fire with an eye towards a future book.

And “Catch the Sparrow” now has its own connection with another of the region’s most notorious crimes – the 1982 “Brighton ax murder.”