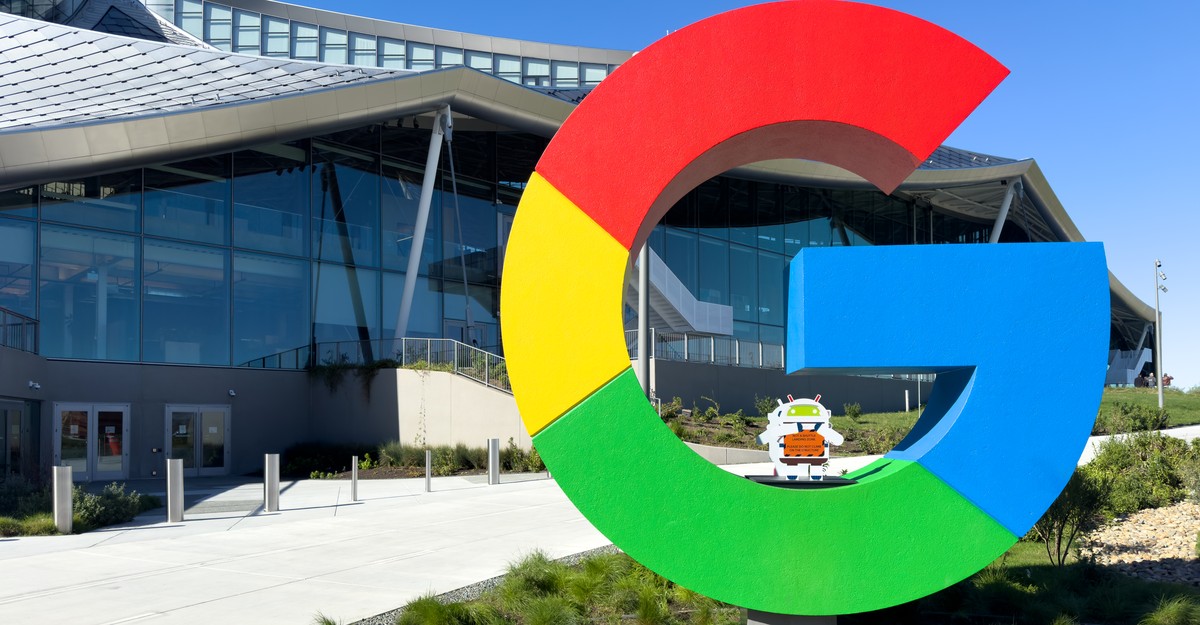 This is an edition of The Atlantic Daily, a newsletter that guides you through the biggest stories of the day, helps you discover new ideas, and recommends the best in culture. Sign up for it here.

The American economy is doing fine. So why are tech companies laying off tens of thousands of workers?

But first, here are three new stories from The Atlantic.

Last Friday, Google’s parent company, Alphabet, laid off 12,000 of its employees—about 6 percent of its total workforce. Yesterday, Spotify announced layoffs for a similar percentage of its staff.

By now, you might be used to the steady drip of news about tech companies slashing jobs. About 130,000 people have been laid off from large tech and media companies in the past 12 months, according to one estimate. The reasons for this are not obvious. America’s overall unemployment rate is 3.5 percent, which ties for the lowest mark of the 21st century. And tech has long been one of the country’s most dynamic industries. So why is it struggling during an otherwise optimistic moment for America’s economy?

Our staff writers Annie Lowrey and Derek Thompson, who both recently published articles on the tech layoffs, offer several explanations for the trend. The first and most obvious is the Federal Reserve’s effort to ease inflation by raising interest rates sharply over the past year. As Annie writes: :

Pretty much all American businesses across all business sectors are reliant on borrowed cash in one way or another … But many tech companies were especially conditioned to very low interest rates: Uber, an enormous and long-established business, for instance, loses money on many rides, and thousands and thousands of start-ups accrue huge losses and rely on their financiers to foot their bills while they grow.

But when inflation and then interest rates increased, these companies—which were making long-term promises at the expense of short-term profits—”got clobbered,” as Derek puts it.

The second reason: the pandemic. Annie reminds us what the economy looked like when Americans were in the thick of isolation:

Here’s Derek on how that played out:

Many people predicted that the digitization of the pandemic economy in 2020, such as the rise in streaming entertainment and online food-delivery apps and at-home fitness, were “accelerations,” pushing us all into a future that was coming anyway. In this interpretation, the pandemic was a time machine, hastening the 2030s and raising tech valuations accordingly. Hiring boomed across tech, as companies added tens of thousands of workers to meet this expectation of acceleration.

But perhaps the pandemic wasn’t really an accelerant. Maybe it was a bubble.

Consumer spending has normalized, and Americans have returned to paying for restaurants and hotels and flights. As a result, tech companies are seeing declining revenues in parts of their businesses, and some corporate officers have admitted that they grew too quickly. (Apple is an exception that might prove the rule: The company expanded more slowly than some of its counterparts and has thus far avoided layoffs.)

But even though tech companies are facing a hard dose of reality, many of them are still very profitable. And, as Annie notes, the future is brightening: “The Fed is likely to stop hiking interest rates soon. Artificial intelligence has started making amazing breakthroughs… Maybe a tech summer is just around the corner.”

Reporting in November on the tech industry’s apparent collapse, Derek used an entertaining and useful metaphor: The industry is having a midlife crisis. And that means once the crisis is over, a new era will begin. “One mistake that a journalist can make in observing these trends is to assume that, because the software-based tech industry seems to be struggling now, things will stay like this forever,” he writes. “More likely, we are in an intermission between technological epochs.”

Some argue that, as they wait out this intermission, CEOs are copying one another—laying off workers not simply as an unavoidable consequence of the changing economy, but because everyone else is doing it. “Chief executives are normal people who navigate uncertainty by copying behavior,” Derek writes. He quotes the business professor Jeffrey Pfeffer, who told Stanford News: “Was there a bubble in valuations? Absolutely … Did Meta overhire? Probably. But is that why they are laying people off? Of course not… These companies are all making money. They are doing it because other companies are doing it.”

Pfeffer believes that this “social contagion” could spread to other industries. “Layoffs are contagious across industries and within industries,” he said in the Stanford News article. If so, the story of tech layoffs could end up being a much broader story about work in America.

Lisa Marie Presley died unexpectedly earlier this month, and within hours, lacking any evidence, Twitter users were suggesting that her death had been caused by the COVID-19 vaccine.

The Twitter account @DiedSuddenly_, which has about 250,000 followers, also started tweeting about it immediately, using the hashtag #DiedSuddenly. Over the past several months, news stories about any kind of sudden death or serious injury—including the death of the sports journalist Grant Wahl and the sudden collapse of the Buffalo Bills safety Damar Hamlin—have been met with a similar reaction from anti-vaccine activists. Although most of the incidents had obvious explanations and almost certainly no connection to the vaccine, which has an extremely remote risk of causing heart inflammation—much smaller than the risk from COVID-19 itself—the idea that the shots are causing mass death has been boosted by right-wing media figures and a handful of well-known professional athletes.

More From The Atlantic

Read. Patiencea poem by Edith Wharton (whose birthday is today), published in The Atlantic in 1880.

“Patience and I have traveled hand in hand / So many days that I have grown to trace / The lines of sad, sweet beauty in her face, / And all its veiled depths to understand.”

Watch. Oscar nominations are out. Here are the contenders you need to see.

Layoffs are not an abstraction for the people who have lost their jobs. With that in mind, I’ll leave you with a piece of advice I read in new york magazine’s Dinner Party newsletter: Phoebe Gavin, who was laid off last week from her job as the executive director of talent and development for Vox, wrote on Twitter that although you might be tempted to reach out to a laid-off loved one or acquaintance as soon as it happens, that person will really need to hear from you two weeks later, when they’ve had time to process and are starting to figure out what’s next. So mark your calendar to check back in.