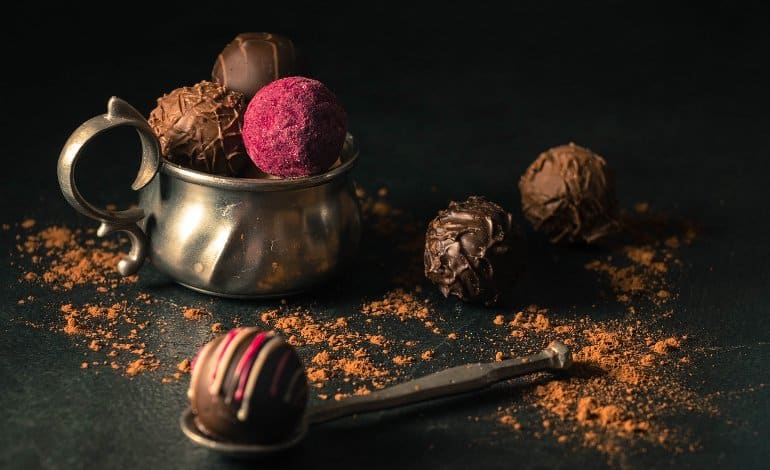 Summary: Researchers have decoded the sensory processing mechanisms that make the sensation of eating chocolate so irresistible to most people.

Scientists have decoded the physical process that takes place in the mouth when a piece of chocolate is eaten, as it changes from a solid into a smooth emulsion that many people find totally irresistible.

By analyzing each of the steps, the interdisciplinary research team at the University of Leeds hopes it will lead to the development of a new generation of luxury chocolates that will have the same feel and texture but will be healthier to consume.

Fat plays a key function almost immediately when a piece of chocolate is in contact with the tongue. After that, solid cocoa particles are released and they become important in terms of the tactile sensation, so fat deeper inside the chocolate plays a rather limited role and could be reduced without having an impact on the feel or sensation of chocolate.

Anwesha Sarkar, Professor of Colloids and Surfaces in the School of Food Science and Nutrition at Leeds, said: “Lubrication science gives mechanistic insights into how food actually feels in the mouth. You can use that knowledge to design food with better taste, texture or health benefits.

“If a chocolate has 5% fat or 50% fat it will still form droplets in the mouth and that gives you the chocolate sensation. However, it is the location of the fat in the make-up of the chocolate which matters in each stage of lubrication, and that has been rarely researched.

“We are showing that the fat layer needs to be on the outer layer of the chocolate, this matters the most, followed by effective coating of the cocoa particles by fat, these help to make chocolate feel so good.”

The study – published in the scientific journal ACS Applied Materials and Interfaces – did not investigate the question of how chocolate tastes. Instead, the investigation focused on its feel and texture.

Tests were conducted using a luxury brand of dark chocolate on an artificial 3D tongue-like surface that was designed at the University of Leeds. The researchers used analytical techniques from a field of engineering called tribology to conduct the study, which included in situ imaging.

Tribology is about how surfaces and fluids interact, the levels of friction between them and the role of lubrication: in this case, saliva or liquids from the chocolate. Those mechanisms are all happening in the mouth when chocolate is eaten.

Dr Siavash Soltanahmadi, from the School of Food Science and Nutrition at Leeds and the lead researcher in the study, said: “With the understanding of the physical mechanisms that happen as people eat chocolate, we believe that a next generation of chocolate can be developed that offers the feel and sensation of high-fat chocolate yet is a healthier choice.

“Our research opens the possibility that manufacturers can intelligently design dark chocolate to reduce the overall fat content.

“We believe dark chocolate can be produced in a gradient-layered architecture with fat covering the surface of chocolates and particles to offer the sought after self-indulging experience without adding too much fat inside the body of the chocolate.”

Revenue from chocolate sales in the UK is forecast to grow over the next five years, according to research from the business intelligence agency MINTEL. Sales are expected to grow 13% between 2022 and 2027 to reach £6.6 billion.

The researchers believe the physical techniques used in the study could be applied to the investigation of other foodstuffs that undergo a phase change, where a substance is transformed from a solid to a liquid, such as ice-cream, margarine or cheese.

Funding: This project received funding from the European Research Council under the European Union’s Horizon 2020 research and innovation program.

About this sensory neuroscience research news

In oral tribology, a phase change often occurs in a sequence of dynamic interactions between the ingested PCM and oral surfaces from a licking internship to a saliva-mixed stage at contact scales spanning micro- (cellular), meso- (papillae), and macroscales.

Often the lubrication performance and correlations across length scales and different stages remain poorly understood due to the lack of testing setups mimicking real human tissues.

Herein, we bring new insights into lubrication mechanisms of PCM using dark chocolate as an exemplar at a single-papilla (meso)-scale and a full-tongue (macro) scale covering the solid, molten, and saliva-mixed states, uniting highly sophisticated biomimetic oral surfaces with on site tribomicroscopy for the first time.

Unprecedented results from this study supported by transcending lubrication theories reveal how the tribological mechanism in licking shifted from solid fat-dominated lubrication (saliva-poor regime) to aqueous lubrication (saliva-dominant regime), the latter resulted in increasing the coefficient of friction by at least threefold.

At the mesoscale, the governing mechanisms were bridging of cocoa butter between confined cocoa particles and fat coalescence of emulsion droplets for the molten and saliva-mixed states, respectively.

At the macroscale, a distinctive hydrodynamic viscous film formed at the interface governing the speed-dependent lubrication behavior indicates the striking importance of multiscale analyses.

New tribological insights across different stages and scales of phase transition from this study will inspire rational design of the next generation of PCM and solid particle-containing materials.